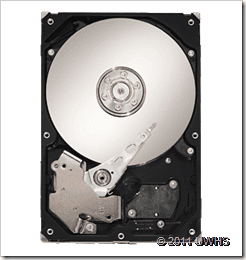 CUPERTINO, Calif. — November 1, 2011 — Seagate (NASDAQ:STX) is streamlining its flagship family of desktop drives under a single product that hones in on performance and big capacities to help satisfy the explosive growth in content creation and consumption by businesses and consumers worldwide. The new Barracuda® family makes it easier for consumers to find the product they need and reduces costs for Seagate’s original equipment manufacturer and distribution channel customers by reducing the number of product qualifications and amount of inventory they need to manage.

“A simpler desktop drive product family is exactly what Seagate customers are asking for,” said Scott Horn, vice president of Marketing at Seagate. “The new Barracuda® family reflects the reality that end-users want a full range of hard drive capacities and as much performance as we can give them to help manage and store massive amounts of digital content. In addition, our OEM and channel customers want to reduce overhead costs by having fewer product lines to qualify and manage in their inventory.”

Desktop PC performance is growing in importance as computer users consume and otherwise use more and more multimedia – a blend of text, audio, images, animation and video – and other rich-content files in areas as diverse as business, advertising, art, education, entertainment, engineering, medicine, mathematics and science. Higher hard drive performance often means a faster computer and quicker access to this content.

The simplification of the Barracuda family comes as Seagate begins volume shipments of its 1TB-per-disk Barracuda® hard drive. Seagate plans to end production of its Barracuda® Green drive in February 2012. Seagate analysis shows that its new Barracuda drives have a nearly identical power-consumption profile as energy-efficient desktop drives but deliver much higher performance. Barracuda® XT, Seagate’s fastest desktop hard drive, will be folded into the new Barracuda family and re-emerge, in name, as the company’s desktop solid state hybrid drive.

The new Barracuda hard drive features a SATA 6GB/second interface, 7200RPM spin speed and up to 64MB cache to deliver high performance across all capacities. Seagate’s SmartAlign™ technology, a feature of Seagate’s Barracuda Green drives, will continue to ship with the flagship Barracuda drives to help the hard drive industry segue from the current 512-byte sector standard for hard drives to the new 4096-byte sector size. The new 4K standard enables the use of stronger error correction algorithms to maintain data integrity at higher storage densities and capacities.

Andrew Edneyhttp://moviesgamesandtech.com
I am the owner and editor of this site. I have been interested in gadgets and tech since I was a little kid. I have also written a number of books on various tech subjects. I also blog for The Huffington Post and for FHM. And I am honoured to be a Microsoft MVP since January 2008 - again this year as an Xbox MVP.
Previous articleGoogle+ App Gets Updated to Version 1.0.6.2591
Next articleReview of the Fujitsu STYLISTIC Q550 Windows 7 Slate