Each week a number of new [email protected] titles are released. Here is the roundup of the releases for the week of June 11 – 15 2018. 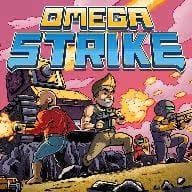 Omega Strike is a Metroidvania game with a huge, open-ended world and multiple playable characters. As Doctor Omega and his mutant armies march toward world domination, only a few brave freedom fighters stand in his way.

See you next week for another round-up of the new [email protected] releases.

Andrew Edneyhttps://moviesgamesandtech.com
I am the owner and editor of this site. I have been interested in gadgets and tech since I was a little kid. I have also written a number of books on various tech subjects. I also blog for The Huffington Post and for FHM. And I am honoured to be a Microsoft MVP since January 2008 - again this year as an Xbox MVP.
Previous articleWin Phantom Thread on DVD
Next articleReview: OnePlus 6 is this the best Oneplus yet?