To celebrate the release of Phantom Thread on DVD, Blu-ray and Digital, we have three copies to give away on DVD. 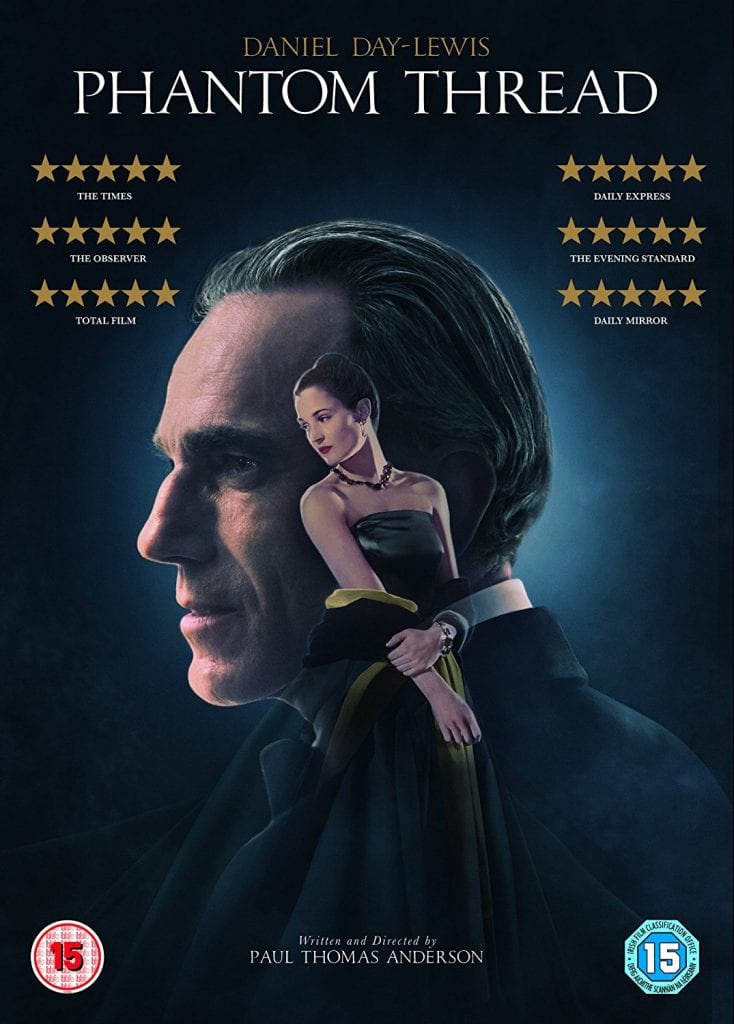 Daniel Day-Lewis reunites with multi-Oscar® nominated director, writer and producer Paul Thomas Anderson in this spectacular film praised as a “pure delicious pleasure” (The Guardian). The Blu-rayTM, DVD and Digital versions include special bonus features to give viewers a more in-depth look into the behind the scenes of the film. Phantom Thread won the Academy Award® for Best Costume Design by Mark Bridges and also received five nominations for Best Picture, Best Actor in a Leading Role, Best Director, Best Actress in a Supporting Role and Best Original Score.

Daniel Day-Lewis (There Will Be Blood, Lincoln) mesmerizes in his role as the obsessed but elegant couture designer and is joined by Academy Award® nominee Lesley Manville (Maleficent, Another Year) and Vicky Krieps (Hanna, The Colony) in this “ravishingly beautiful” (NY Times) film. Written and directed by Paul Thomas Anderson (There Will Be Blood, Boogie Nights), Phantom Thread is set in the glamour of 1950’s post-war London. Renowned dressmaker Reynolds Woodcock (Day-Lewis) and his sister Cyril (Manville) are at the centre of British fashion, dressing royalty, movie stars, heiresses, socialites, debutants and dames with the distinct style of The House of Woodcock. Women come and go through Woodcock’s life, providing the confirmed bachelor with inspiration and comfort, until he comes across a young, strong-willed woman, Alma (Vicky Krieps), who soon becomes a fixture in his life as his muse and lover.

We have three copies of Phantom Thread on DVD to give away.

Andrew Edneyhttps://moviesgamesandtech.com
I am the owner and editor of this site. I have been interested in gadgets and tech since I was a little kid. I have also written a number of books on various tech subjects. I also blog for The Huffington Post and for FHM. And I am honoured to be a Microsoft MVP since January 2008 - again this year as an Xbox MVP.
Previous articleLEGO Disney•Pixar’s The Incredibles coming out 13th July
Next article[email protected] Releases: Week of June 11 – 15 2018