BAFTA Award nominated composer David Housden, in partnership with Laced Records, has today announces the worldwide launch of the Original Soundtrack to Volume, the latest creation from award-winning indie developer, Mike Bithell. The soundtrack is available to buy from today across all major stores, including iTunes, Amazon and bandcamp, priced £7.99, as well as being available to stream on Spotify and Apple Music. 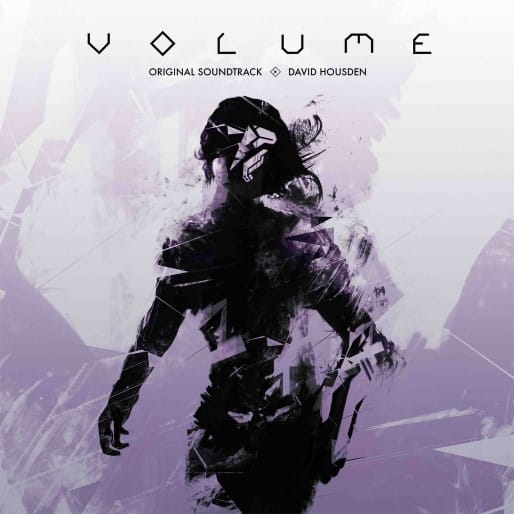 Set in the near future, Volume is a reimaging of the classic Robin Hood saga, blending slick, sci-fi visuals with tense, stealth-driven gameplay. The game features a star-studded cast, including YouTube personality Charlie McDonnell as the protagonist Locksley, acclaimed comedian and author Danny Wallace, and award-winning actor Andy Serkis as the villainous Gisborne.

Taking its cues from classic sci-fi scores, as well as modern electronica, the music for Volume reflects the broken, misaligned world in which the characters dwell; a dissonant, glitch-laden soundscape, often swelling into epic crescendo as the urgency of the narrative grows. The soundtrack fuses medieval instrumentation, with contemporary percussive beds and synths, post-rock type ambiences and cinematic grandeur.

“It’s a modern day interpretation of the Robin Hood legend and I wanted to find a unique way to represent that in the music,” said David. “By juxtaposing period instrumentation with more contemporary cinematic elements and ambiences, I created something which hopefully compliments the visuals of the game at face value, as well as alluding to its roots in the past.”

Housden created many of the ambiences by manipulating source recordings taken at Sherwood Forest; “Recordings taken from banging swords and suits of armor make up a lot of the percussion, and we even went as far as to go to an archery range and record a variety of sounds from the flight of an arrow, to the impacts on targets, in order to create some unique cinematic sound design potential.”

David collaborated previously with Mike on the critically acclaimed Thomas Was Alone. Both the game and soundtrack enjoyed rave reviews across the board, receiving BAFTA nominations for ‘Best Story’, ‘Best Original Music’ and ‘Best Performance’ (for which it went on to win); as well as Honourable mentions from the Independent Games Festival for Excellence in Visual Design and Excellence in Audio.

Chris Hare
A True Tech Geek at Heart, I Started my life of being a Tech Geek at the age of 5 with the BBC Micro. Went on through most of Nintendo stuff and now a Xbox and PlayStation fan. I also leaked the information about the leaked Hotmail passwords story from October 2009 that went World Wide. I Started writing tech articles at the beginning of 2011, most of my articles are about Android phones and Xbox One and PlayStation 4 and other gaming news. When Chris has free time its with the family.
Previous articlePreview: Super Dungeon Bros
Next articleWatch the launch trailer for Toy Soldiers: War Chest