Ubisoft have announced that Assassin’s Creed III for PCs will be available in the UK on November 23, 2012. 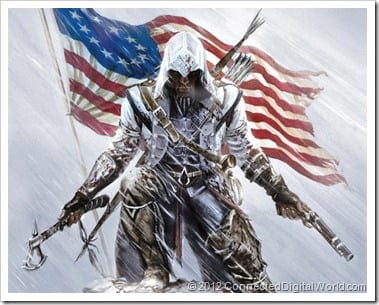 Set against the backdrop of the American Revolution in the late 18th century, Assassin’s Creed III introduces a new hero, Ratohnhaké:ton, of Native American and English heritage. Adopting the name Connor, he becomes the new voice for justice in the ancient war between the Assassins and Templars. Players become an Assassin in the war for liberty against ruthless tyranny in the most stylized and fluid combat experiences in the franchise to date.

Assassin’s Creed III is set to release on October 31st for the PlayStation3 and Xbox 360 and will be available for Wii U from Nintendo when the Wii U launches.

Assassin’s Creed III can be pre-ordered at UBIShop by visiting: http://shop.ubi.com/assassinscreed3

Have you pre-ordered Assassin’s Creed III yet? If so, let us know by leaving a comment below.

Andrew Edneyhttps://moviesgamesandtech.com
I am the owner and editor of this site. I have been interested in gadgets and tech since I was a little kid. I have also written a number of books on various tech subjects. I also blog for The Huffington Post and for FHM. And I am honoured to be a Microsoft MVP since January 2008 - again this year as an Xbox MVP.
Previous articleApp Update: BBC iPlayer Updated to Version 1.3.2 bringing improved performance and Retina support
Next articleBYOB Podcast Episode 95 Out Now