Review of the Plextor PX-128M2P SSD

Earlier this month we told you that Plextor was launching a new range of SSD’s – the M2P range. We got our hands on one and so here is our review. 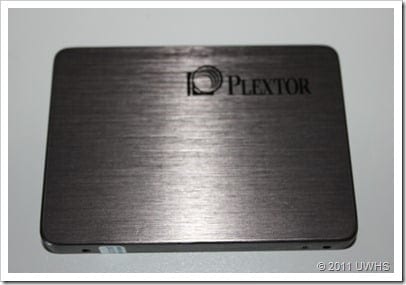 Earlier this year we reviewed Plextor’s PX-256M2S SSD, and now there is a new model, sporting “True Speed” enhancements.

Many SSD manufacturers convey speeds reflecting compressed data in a simulated benchmark test, however in reality the performance is much lower since many formats of data (JPEG, MP3 etc) are already compressed. In addition, many benchmark tests are completed on an empty drive – and whilst the drive will provide the expected performance whilst empty, it will drop significantly after continued use.

What’s more, through extended use and data storage, some SSDs on the market reach a ‘dirty’ state over time, and some users have found a significant performance drop after 2-3 months as a result.

The Plextor M2P Series is different to other SSDs on the market and offers ‘True Speed’ technology – a welcome solution to these issues which utilises exclusive firmware to deliver stability and consistency and avoiding any loss in performance over time.

Instant Restore, Global Wear Levelling and Bad Block Management are three intelligent features which work together to make up ‘True Speed’ technology and ensure that users can experience high speeds and the promised performance levels consistently throughout the lifespan of the drive.

The history of Plextor goes back almost 100 years. Shinano Kenshi Corporation was founded in 1918 to manufacture Spun Silk Yarn, which at the time was one of the most “High-Tech” industries in the world. The silk required a very delicate and precise production process. The right to wear silk was reserved for the highest government officials and dignitaries only, and therefore the quality standards were extremely high. In these circumstances, Shinano Kenshi developed their own business philosophy: “Never Compromise, Always Think Quality”, because only providing the best quality could satisfy their exceptional customers.

As the years passed, Shinano Kenshi embarked on other industrial markets that would grow more progressively, while maintaining its proud history in the Silk Industry.

In the 1960s, Shinano Kenshi decided to diversify its business to electric motors, a fast growing market at the time. Despite changing its core business, the company kept its business philosophy, “Never Compromise, Always Think Quality”. These ventures insights led to the successful expansion into technology-driven, knowledge-intensive fields, such as Electrical Division, Electronic Equipment Division and Printing Equipment Division.

In the 1980’s, Shinano Kenshi expanded their sub-contracting position by recognizing the evolution of the digital age with the advancement of compact discs replacing the older generation of analog tapes. The company began to manufacture their own compact disc players for the audio industry, and developed a separate brand for the department. The Electronic Equipment Division introduced its first CD-ROM optical disk drive under the TEXEL brand name in 1989. Faced with the prospects of a healthy and ever-increasing demand for its products, Shinano Kenshi identified the importance of this segment, with the Professional and IT markets demanding performance-oriented products. The company naturally transitioned into the optical disc drive industry. Through every generation of optical disk drives, Plextor has continually sought ways in which its CD-ROM’s, CD-RW’s and DVD+R/RW’s could stimulate market demand by offering higher speed and higher reliability devices, while winning numerous awards worldwide.

While maintaining and strengthening its core competences, Shinano Kenshi continued its global expansion by establishing subsidiary companies and promoting its products on a worldwide basis. In 1982 Shinano Kenshi began to expand overseas. The United States was the first country where the company started overseas operation. PLEXTOR US was officially founded in 1990 and three years later a European branch (PLEXTOR EU) was opened.

The subsidiaries are chartered with the continual growth of Resellers and OEM’s in their respective territories, who have come to rely upon Shinano Kenshi for performance, quality oriented and technically superior optical peripheral products. In 1994, Shinano Kenshi announced their new brand name PLEXTOR for their digital technology products, including optical disc drives.

Plextor CD-R/RW drives were introduced in 1998 with technologies developed by the corporation in support of the market growing demand for CD-ROM’s. DVD+R/RW were added to the Plextor product line in 2003. High performance drives enable our users to write and re-write data on a stable platform that has evolved throughout the years. Plextor has also invested heavily on the certification of media to give our users a wide range of compatibility between the various manufacturers.

Plextor’s CD-R, CD-RW and DVD+R/RW optical disk drives have been tested worldwide and evaluated as the “Professional Choice” to satisfy even the most discerning customers. Plextor products have been adopted by financial institutions and government agencies, which require highly reliable data storage technology. Recording studios have come to regard the Plextor products as the “drive of choice,” which they can rely upon for the accurate extraction and creation of Digital Audio.

The business philosophy “Never Compromise, Always think Quality” generated from tailoring luxury silk for the highest dignitaries did not fade over time but became the company’s core value. Also in the optical storage business, Plextor provided the best quality products to high-end customers and professional users in a heavy duty environment, instead of general users. In order to satisfy these professional users and to meet their strict specifications, PLEXTOR always invested many resources in R&D and product testing before any product was released to the market. In line with its high quality standards, Plextor always offered excellent warranty conditions.

Andrew Edneyhttps://moviesgamesandtech.com
I am the owner and editor of this site. I have been interested in gadgets and tech since I was a little kid. I have also written a number of books on various tech subjects. I also blog for The Huffington Post and for FHM. And I am honoured to be a Microsoft MVP since January 2008 - again this year as an Xbox MVP.
Previous articleKindle Keyboard Software Update Version 3.3 Available
Next articleBYOB Podcast Episode 62 Out Now

It's time to get out the polish.
Digital Home

Here is our review of the Giga Lounger - the first one-key automatic inflatable lounger.