Review of the Final HomeServerSync Beta Part 2 The Sync Client

Here we take another exclusive look at the HomeServerSync add-in for Windows Home Server from Tranquil. This time it is the final beta build and we are looking at the Sync Client that is installed on your PCs.

And earlier this week we announced that the final beta of HomeServerSync was released to a select group of beta testers.

So after playing around with this final beta for a while, I thought I would post up my experiences and show some of the features that were not available the last time – specifically the VPN service.

Before you install and configure the Sync Client on your PCs, you must have installed and configured the HomeServerSync Add-In for Windows Home Server and it must be running.

As mentioned earlier, you need to install the Sync Client on each computer that you want to sync with your Windows Home Server.

As part of the installation of the HomeServerSync add-in, a folder was created SyncClientSetup in your Software shared folder.

To start the installation just browse to the Software shared folder and open the SyncClientSetup folder.

From there, just double click on Setup to start the process.

Choose Run (you will notice the security warnings – I guess this will change with the signed client). 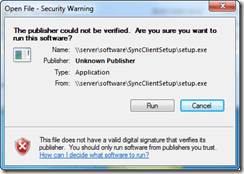 And as with the Windows Home Server, you need to install the Microsoft Sync Framework 2.0 software.

Once that is complete, you just run through the Client Setup wizard (you may notice it says HomeSyncServer – I assume it should say HomeServerSync). Having spoken with Tranquil on this they inform me that in the released version these screens won’t even be visible. 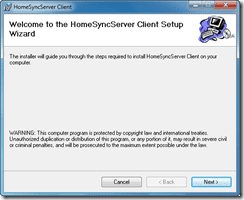 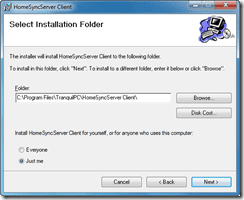 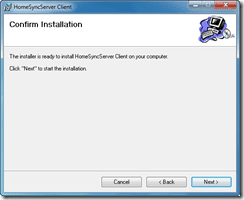 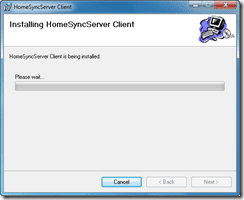 After that is installed you will be prompted to enter your VPN details in order to register the client on with the VPN service.

Remember these details are the ones you created originally before installing the Windows Home Server add-in.

As before you will be told if the registration was successful or not. During the beta, the only time it was not successful was when Tranquil moved the service from their test machines to the final hardware – and that was only down for an hour or so – I’m not sure anyone noticed!

Then the installation finishes up. 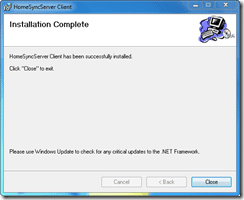 And that is it for the client installation. Now we need to configure it.

Andrew Edneyhttps://moviesgamesandtech.com
I am the owner and editor of this site. I have been interested in gadgets and tech since I was a little kid. I have also written a number of books on various tech subjects. I also blog for The Huffington Post and for FHM. And I am honoured to be a Microsoft MVP since January 2008 - again this year as an Xbox MVP.
Previous articleReview of the Final HomeServerSync Beta Part 1 The Windows Home Server Add-In
Next articleAR Drone from Parrot Now Available to Pre-Order