Sony have announced a new version of its slim Vaio P ultra portable notebook, and it has a few new features.

The update and new features include a faster Atom Z560 processor, a touchpad on the sides of the screen and an accelerometer that lets you tilt the machine to the navigate the Internet. 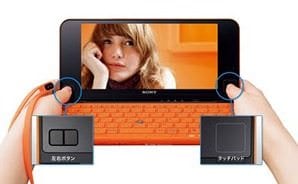 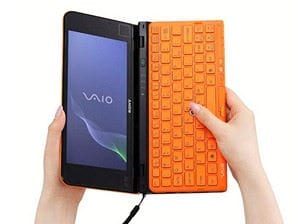 Engadget have a full review including videos of the new model, so why not take a look here: http://www.engadget.com/2010/05/10/sony-vaio-p-series-review/

If I can get my hands on one I will post a full review – they are due for release in June, and yes, they are still very expensive compaired to a netbook, or even a lot of notebooks with a similar spec.

Andrew Edneyhttps://moviesgamesandtech.com
I am the owner and editor of this site. I have been interested in gadgets and tech since I was a little kid. I have also written a number of books on various tech subjects. I also blog for The Huffington Post and for FHM. And I am honoured to be a Microsoft MVP since January 2008 - again this year as an Xbox MVP.
Previous articleFirst Picture of SiliconDusts New 3-Tuner CableCard Product
Next articleTranquil Talk Media Center PCs and ixL