LaCie has released an update for their NAS OS3 NAS operating system today, addressing Wuala connectivity issues, increasing RAID5 performance, adding the ability to sync with the NAS, and some other improvements.  Read on for details. 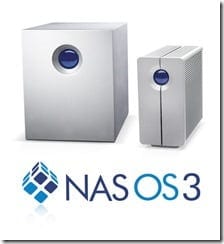 LaCie has released an update for their NAS OS3 NAS operating system today, addressing Wuala connectivity issues, increasing RAID5 performance, adding the ability to sync with the NAS, and some other improvements.  The update is available now for the 5big PRO and will roll out to the 2big NAS in August.  Here is the press release:

With this update, the LaCie 5big NAS Pro now features RAID 5 write speeds up to 100MB/s on a single LAN, a 25 percent increase from the previous NAS OS version. This speed boost enables admins to easily back up several computers at the same time. Alternatively, content creators can edit 1080p content directly from the NAS.

LaCie has also added support for multiple iSCSI initiators and targets. This brings flexibility to a company’s virtualization scheme, including those that integrate Citrix®, VMware® or Hyper-V® servers. Admins can combine storage into data center arrays while letting host computers mount network storage as if it were direct-attached disks. They can even host multiple virtual machines using several iSCSI targets.

The NAS OS 3 update (version 3.1) is available today for the 5big NAS Pro and will be available in August 2013 for the 2big NAS. The upgrade offers full compatibility with Windows® XP, Windows VistaÒ, Windows 7 and Windows 8, and Mac OS 10.5, 10.6, 10.7, and 10.8. The upgrade can be downloaded at no cost by visiting the “Support” widget in the product’s Dashboard.

Here are some screen shots of the revised NAS OS3: 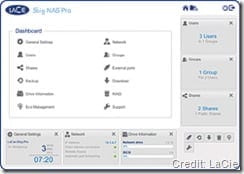 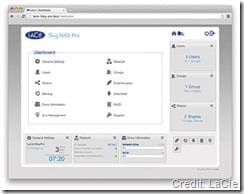 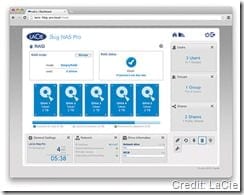 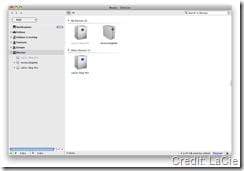 I’ve been using an earlier beta version of this update since July 5th, and I’ve noticed that the issues that I was having in connecting to Wuala have been completely resolved, which is great news.  In addition, the added hardware monitoring and more verbose logs are welcome improvements.  I’ll be updating my review to incorporate this update soon, so stay tuned.

If you are running a 5big NAS PRO, go ahead and get your update today, and enjoy!

Jim McCarthy
My tech interests include WHS, media streaming, and gaming, among others!
Previous articleWatch the First Gameplay of Rambo the Video Game
Next articleLEGO Marvel Super Heroes Official box art revealed, is your favourite on the cover?