Tumblr has released its native mobile app for Windows Phone devices. The application includes all of the same features as its latest iteration on iOS and Android, with full optimisation for Microsoft’s mobile operating system. 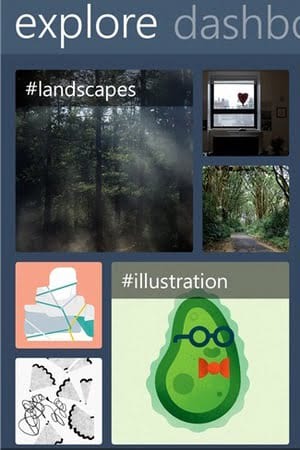 “The app lets you post just about anything from just about anywhere – pictures, quotes, music, videos, chats, links, and your random musings. It has full GIF support and works with speech recognition, so you can use your voice to create new posts,” read an entry on the Windows blog.

“The app plugs seamlessly into the Windows Phone 8 camera via Lenses, making it easier to share snapshots on the service.”

The Tumblr app is available now as a free app from the Windows Store.

Chris Hare
A True Tech Geek at Heart, I Started my life of being a Tech Geek at the age of 5 with the BBC Micro. Went on through most of Nintendo stuff and now a Xbox and PlayStation fan. I also leaked the information about the leaked Hotmail passwords story from October 2009 that went World Wide. I Started writing tech articles at the beginning of 2011, most of my articles are about Android phones and Xbox One and PlayStation 4 and other gaming news. When Chris has free time its with the family.
Previous articleAcer Announces S6 Computer Monitors
Next article‘Ratchet & Clank’ Movie Announced, Coming in 2015

After a year of lockdown restrictions and, let’s be honest, not much opportunity to have a good old knees-up, Monkey Shoulder has released a spirit lifting multi-player game, Cards For Hilarity, to inject some much-needed laughter back into 2021.
News

By the time I was finally able to secure...
Gaming

In the run up to the global launch of...