Raspberry Pi’s Eye Coming for Testers for the Camera

Raspberry Pi are calling for testers for the Camera module, Raspberry Pi owners to build video applications is expected to go on sale in April, according to the Pi Foundation’s Liz Upton. 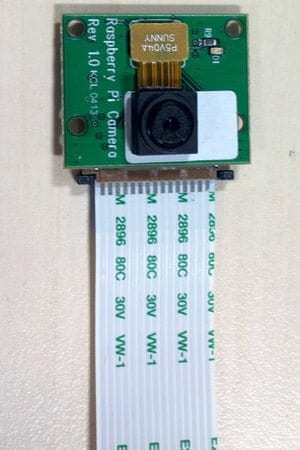 “We’ve sent the first camera boards to production, and we’re expecting to be able to start selling them some time in April,” she writes on the Foundation blog.

The reason we’re giving these cameras away is that we want you to help us to do extra-hard testing. We want the people we send these boards to to do something computationally difficult and imaginative with them, so that the cameras are pushed hard in the sort of bonkers scheme that we’ve seen so many of you come up with here before with your Pis, and so that we can learn how they perform (and make adjustments if necessary)… We want you to try to get the camera doing something imaginative. Think about playing around with facial recognition; or hooking two of them up together and modging the images together to create some 3d output; or getting the camera to recognise when something enters the frame that shouldn’t be there and doing something to the image as a result. We are not looking for entries from people who just want to take pictures, however pretty they are.

Pi owners hankering to have an eye to play with should email [email protected] and explain exactly what they want to do with the board, backing up their application with example of prior project work (with or without cameras) and GitHub code or the like, says Upton.

The Foundation also needs your postal address should you win. The competition is open worldwide until March 12.

Chris Hare
A True Tech Geek at Heart, I Started my life of being a Tech Geek at the age of 5 with the BBC Micro. Went on through most of Nintendo stuff and now a Xbox and PlayStation fan. I also leaked the information about the leaked Hotmail passwords story from October 2009 that went World Wide. I Started writing tech articles at the beginning of 2011, most of my articles are about Android phones and Xbox One and PlayStation 4 and other gaming news. When Chris has free time its with the family.
Previous articleTomb Raider walkthrough video Part One
Next articleHawken Free to Play Release Raider Update