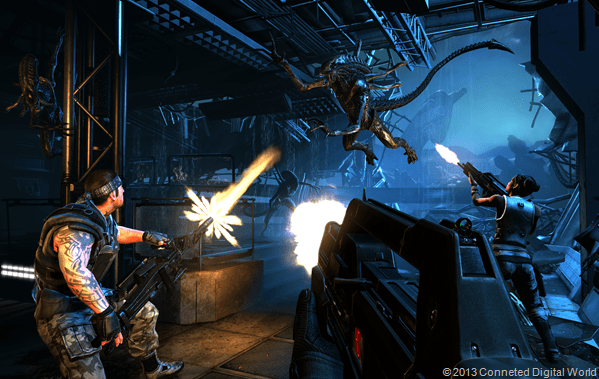 Aliens: Colonial Marines begins with an ostensibly abandoned ship, the U.S.S. Sulaco, recovered in orbit around LV-426. Players lead a group of highly trained United States Colonial Marines as they board the deserted craft to uncover the fate of the crew. They will have to fight to survive unspeakable horrors and their own anxieties as they chase down the truth behind a galaxy-spanning deception that places humanity at the mercy of the most murderous and deadly species in the universe.

I will warn you, the game itself has turned out to be very disappointing, but more on that in our review shortly.

And don’t forget to check out part one if you missed it.

Aliens: Colonial Marines is developed by Gearbox Software and is published by SEGA, and is available now for Xbox 360, PlayStation 3 and PC and coming soon for the Wii U.

Are you going to be getting it? Let us know your thoughts by leaving a comment below.

Andrew Edneyhttps://moviesgamesandtech.com
I am the owner and editor of this site. I have been interested in gadgets and tech since I was a little kid. I have also written a number of books on various tech subjects. I also blog for The Huffington Post and for FHM. And I am honoured to be a Microsoft MVP since January 2008 - again this year as an Xbox MVP.
Previous articleLet’s Play Aliens: Colonial Marines Part One
Next articleActivision and Bungie give a sneaky peak at Destiny