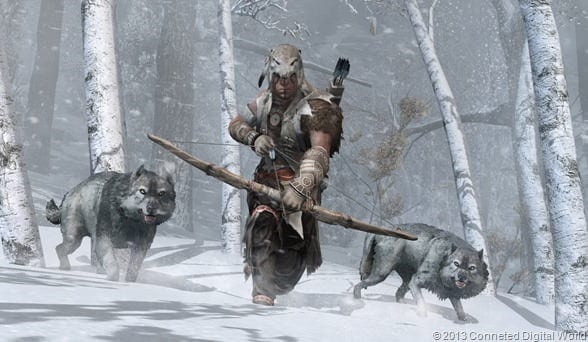 Ubisoft are about to release the first of three upcoming episodes of Assassin’s Creed III – The Tyranny of King Washington. We recently got to play the first episode and speak with Marc-Alexis Cote who is the Creative Director on the DLC.

Assassin’s Creed III – The Tyranny of King Washington: The Infamy will be available on February 19.

Come back on Tuesday when we will have our review of The Tyranny of King Washington: The Infamy.

Andrew Edneyhttps://moviesgamesandtech.com
I am the owner and editor of this site. I have been interested in gadgets and tech since I was a little kid. I have also written a number of books on various tech subjects. I also blog for The Huffington Post and for FHM. And I am honoured to be a Microsoft MVP since January 2008 - again this year as an Xbox MVP.
Previous articleExclusive FUSE interview with Ted Price from Insomniac Games
Next articleCrysis 3 – Becoming Prophet Part 1 : Archery