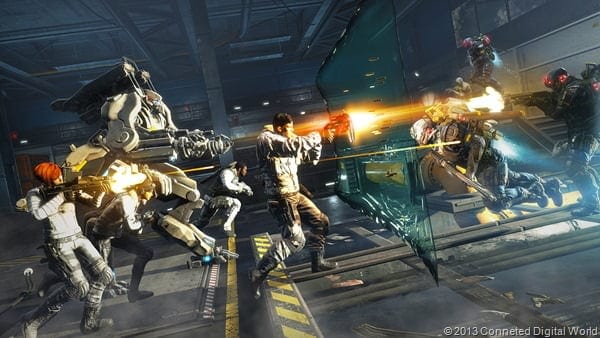 We recently had the opportunity to sit down with Insomniac Games CEO and founder Ted Price to talk about their forthcoming game Fuse.

Fuse is a 4-player co-op, story driven action game that forces players to consider what happens when humans exploit alien technology they were never meant to have. Developed by award-winning Insomniac Games, Fuse enables players to use lethal teamwork as they battle a rogue paramilitary outfit that has stolen a volatile alien energy source called Fuse. 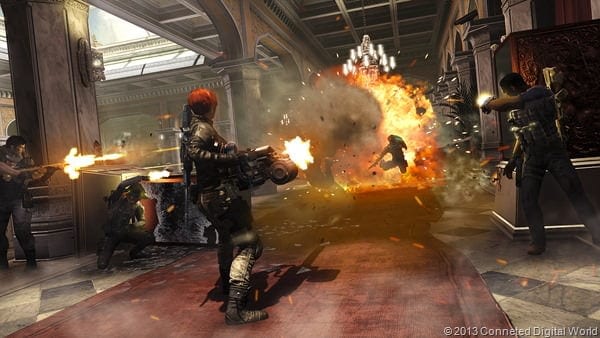 Each agent is equipped with Fuse-powered weapons that gives them unique capabilities to expand their strategic options and yield extraordinary results. Solo players can experience each unique agent by using the LEAP feature to switch characters at will during combat. As players complete objectives, they earn Fuse points that can be spent on powerful upgrades.

And you can also check out when we interviewed Brian Allgeier from Insomniac Games about Fuse too.

Fuse is due to be released in March 2013 as we will be previewing the game shortly.

So does Fuse interest you? Let us know your thoughts by leaving a comment below.

Andrew Edneyhttps://moviesgamesandtech.com
I am the owner and editor of this site. I have been interested in gadgets and tech since I was a little kid. I have also written a number of books on various tech subjects. I also blog for The Huffington Post and for FHM. And I am honoured to be a Microsoft MVP since January 2008 - again this year as an Xbox MVP.
Previous articleNew Playstation Teaser Released ahead of PS4 Launch (Updated)
Next articleEXCLUSIVE Assassin’s Creed III The Tyranny of King Washington DLC Interview with Marc-Alexis Cote