Is your Windows Home Server 2011 Dashboard unresponsive or acting strange after the installation of an Add-in? Check out this quick video on how to fix your Dashboard. 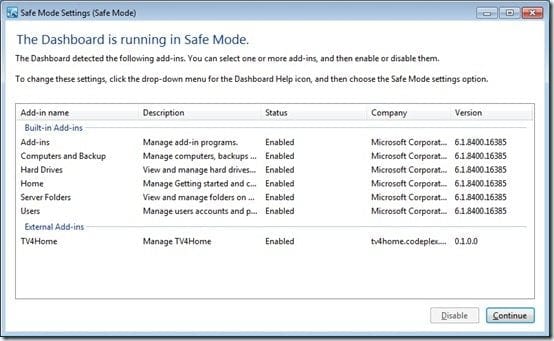 Fellow MVP John “Diehard” Zajdler and I were talking yesterday about the differences in the WHS v1 Console and the WHS 2011 Dashboard and common Add-In releases between versions. While the Console in v1 is a solid interface, it can become unstable when an installed Add-In is not compatible or becomes corrupt. If your v1 Console does not open, you are usually left with disabling services and deleting folders to remove the Add-In or might even have to do a Server Recovery if all else fails. If you have an issue with an Add-In in Windows Home Server 2011, remember that the new Dashboard is next generation and can possibly avoid some of these Add-In issues. Let me explain.

During our Skype conversation I installed an Add-In that was made for the prior 2010 Vail version to see if it would work in WHS 2011. I had told Nick from ASoft while we were at Summit that I would try the older version of the ASoft AutoExit 2010 Vail Add-In on WHS 2011 to see if it would work. The Add-In seemed to have installed correctly but the 2011 Dashboard would not stay open. Whoops. After a few minutes talking with John trying to see if the Add-In had started a service or had installed as an application, I realized I was not going to be able to remove the Add-In without the Dashboard. Nick told me it would not work but I did not listen. Whoops².

Since WHS 2011 Add-Ins are installed and removed from Dashboard I need it to stay open to remove the Add-In and undo what I had done. I used the Dashboard Safe Mode to start the Dashboard with the incorrect Add-In disabled so I could remove it. 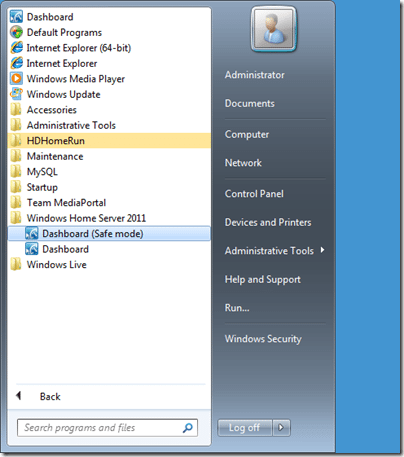 Check out the short video to see how easy the process is. 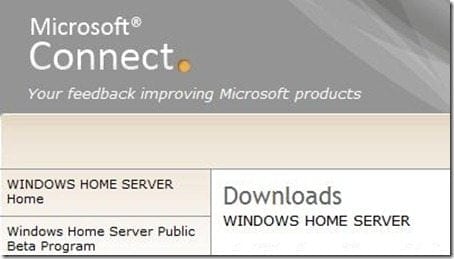 Timothy Daleohttp://usingwindowshomeserver.com
Timothy Daleo is a Project Resource Analyst and Oracle Applications Trainer in Pasadena, California. In addition to financial analysis, Tim has been developing training materials since 2003 and supporting direct projects through various auxiliary databases since 2005.
Previous articleUnboxing the Apple iPad 2
Next articleMicrosoft Store Experience

The summer of building continues with all-new building packs...
Family

With the hotly anticipated release of Blade Runner 2049 set to hit the big screens in October, The Folio Society has been in the process for two years creating a two title combination of Philip K Dick’s outstanding Sci-Fi novels, landing ahead of the film release.
Movies & TV

In Lucasfilm’s Star Wars: The Last Jedi, the Skywalker saga continues as the heroes of The Force Awakens join the galactic legends in an epic adventure that unlocks age-old mysteries of the Force and shocking revelations of the past.
Movies & TV

“Prison Break” returns as a special event series with its most adrenaline-fueled storyline ever!