Sean Daniels has posted an article on his own personal blog showing how you can enable TimeMachine backups for you Mac on either SBS 2011 Essentials or WHS 2011. But shouldn’t this be out of the box functionality? 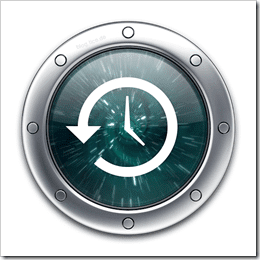 Back in WHS V1 days (that sounds very strange!) if you had an HP MediaSmart Server you could backup your Apple Mac computers using TimeMachine on the Mac. I even wrote a walk-through guide on how to do it. Now along comes Windows Home Server 2011 and it includes Mac support, however anyone actually wanting to backup their Mac to WHS 2011 (or SBS 2011 Essentials) would have noticed that they can’t.

Well Sean has posted a work-around on his site showing you how to do it – and it’s not that hard. Thanks Sean!

However, shouldn’t this functionality be included “out of the box” if it really does have Mac support? In fact, the Mac Connector even claims that you can backup your Mac to your Windows Home Server – so come on Microsoft, what’s going on!

Andrew Edneyhttps://moviesgamesandtech.com
I am the owner and editor of this site. I have been interested in gadgets and tech since I was a little kid. I have also written a number of books on various tech subjects. I also blog for The Huffington Post and for FHM. And I am honoured to be a Microsoft MVP since January 2008 - again this year as an Xbox MVP.
Previous articleWHS Phone for Windows Phone 7 Updated to Version 1.2
Next articleWin Feedsource Add-in for Windows Home Server