One of the many announcement at IFA 2010 last week came from Sony who announced their Qriocity service. 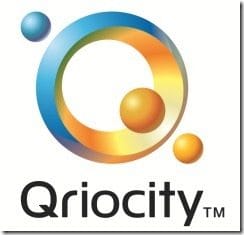 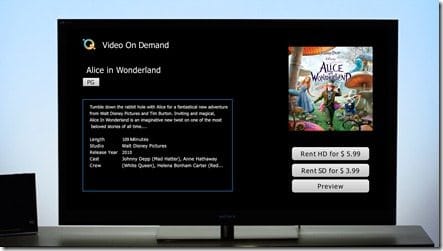 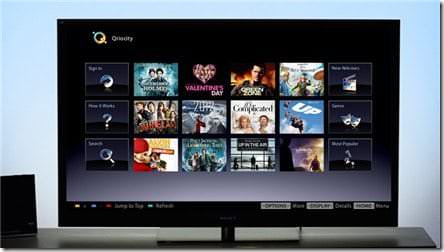 In November 2009, Sony Corporation (Sony) said that it was developing a network service platform called Sony Online Services (SOLS), which is now called Qriocity™.  Qriocity is a network service platform that connects many of Sony’s network-enabled devices and allows consumers to enjoy high quality entertainment across multiple devices.  Via Qriocity, Sony will deliver a variety of digital entertainment content and services that are “powered by Qriocity”, including video, music, game applications, and e-books over time, and through these services, and in combination with its networked devices, Sony aims to bring new and exciting entertainment experiences to customers.

Today at the IFA 2010 show in Berlin, Sony announced that “Video On Demand powered by Qriocity™”, a premium streaming video service, will be available this fall in five European countries including France, Germany, Italy, Spain and the U.K.  With “Video On Demand powered by Qriocity,” customers can choose from hundreds of box office hits from 20th Century Fox Home Entertainment, Lionsgate, Metro-Goldwyn-Mayer Studios Inc. (MGM), NBC Universal International Television Distribution, Paramount Pictures, Sony Pictures Home Entertainment, The Walt Disney Company, and Warner Bros. Digital Distribution, as well as popular content from top local studios. Many movies are available in High Definition (HD) as well as Standard Definition (SD), and all can be rented at the touch of a button on Sony’s 2010 models of network-enabled BRAVIA® TVs and Blu-ray Disc™ players, and Blu-ray Home Theater systems.  “Video On Demand powered by Qriocity” has been available in the U.S. since April 2010.

“Music Unlimited powered by Qriocity” brings together the features cited as most important by music enthusiasts. With access to a huge library of songs through the cloud, users can discover new music through channels personalized to their tastes on multiple devices and without the requirement to manage digital music files. The convenience resulting from this new consumer music experience will further enhance the value of music, thus creating new opportunities for the industry.  Details of the service plan will be announced in the future.

Video on demand services are becoming very popular, and with the impending launch of the new Apple TV, and the Boxee Box, amongst many other devices, these services and additional benefits will be even more popular as time goes on.

The biggest hurdle I can see with these types of services is speed and bandwidth. For example, here in the UK, after 4pm my Internet connection slows down to an almost unusable state and I certainly couldn’t use it for streaming a movie on.

Andrew Edneyhttps://moviesgamesandtech.com
I am the owner and editor of this site. I have been interested in gadgets and tech since I was a little kid. I have also written a number of books on various tech subjects. I also blog for The Huffington Post and for FHM. And I am honoured to be a Microsoft MVP since January 2008 - again this year as an Xbox MVP.
Previous articleAcer Aspire RevoView 100 Media Player at IFA 2010
Next articleUnboxing the Acer Aspire RevoView Media Player