How I bought Windows Home Server on a Friday night.

Memories and some screen shots of old email

Three years ago I had a relatives (uh mom) laptop hard drive crash. The drive was unrecoverable and the backup drive I had lent them still to this day has not been found. After three days of reinstalling software, locating files from other computers and replacing the drive I decided then that I would never let this happen again.

I immediately looked around for solutions and found the Netgear SC101 SAN. Yes SAN. The SC101 was a great little toaster looking thing that allowed you to use your own 3.5″ IDEs over a network. I added two IDE 500GB drives and proudly owned my first TB. Well slightly less. Anyway. The network access allowed me to use Windows Backup Wizard to back the PCs up to one location and solved the issue of total data loss. In addition the Backup Wizard required the recipient PC to already have Windows loaded so if I did have a drive loss I was still spending hours to restore. The network speed was slow and backups were also slow.The SC101 connector software (ZSAN) was crap, it did not have any cooling (later models did) and eventually I had to look elsewhere.

The next year I finally gave up on the Netgear SC101 (I had three total) and the connector issues and moved to Buffalo LinkStation NAS drive. This drive solved my connectivity issues and it was over twice as fast. It was still slow during backups but it worked. It had a noisy little fan but ran cool and the software was ok.

Mental note: I bought my sister one too and it died two weeks ago after two years of service. It is being replaced with an LX195 next weekend. I got the HP for $199 last week. Did anyone else see that amazing deal? It is listed below.

Never happy with the Buffalo the next year I upgraded to the Western Digital My Book World Edition. It was pretty, white, had a strange blue ring, 500 GB and I could access the drive from the Internet. It seemed like a great solution, but while it had speeds that were triple the Buffalo, the software was annoying and required you to register to access the drive. It ran really hot and was a disappointment overall since it required the Mionet software and blocked the sharing of certain files types. Flippers.

I have referenced this site in other articles. It is a great site for speed comparisons and network information including all HP WHS systems!

Are you going to talk about Windows Home Server in this article or just bash NAS?

At the start of last year (2008), frustrated and pissed off at NAS, I got a licensed copy of Windows Server 2003 and decided to make my own server. I had an old Optiplex GX60 and loaded the 2003 Server OS. With 2003 I could access files and log in remotely. I created folders and could connect all of my machines. In addition my speed seemed to be improved and the interface was through Windows so there were not compatibility issues. It looked promising but it sure was complicated. And was it safe? I still do not know if I had it set up right. Now I was starting to see terms like domain, trees and clustering. WTF? I am not a SysAd. I even bought a book but it seemed like I was going to have to get a degree in Server 2003 just to make sure it was safe and running properly.

Once again frustrated, I was thinking of selling the software and licenses. I looked on Newegg to see what the Server 2003 software was going for new and as I queried Windows Server Software and I stumbled upon Windows Home Server. What was this software? I had never heard of it. $99 with free shipping? I bought it right then and there. Oh, and then I went to Microsoft to see what I bought. At that time the MS WHS web site was different. You could either buy the HP version (expensive and through a link) or you could build your own. Since I am a Dell guy I logged on to Dell and found a closeout on a PowerEdge SC440 with no OS. I was on my way to Servertown!

I got the Dell in a few days, and after running to BB to get a IDE DVD (in my rush to order the Dell I just got the CD-ROM and did not think about WHS DVD installation) and booted from the DVD. Within the first few hours I am up and running and in LOVE. This interface is so great and easy to work in. The backup alone is worth the cost of the whole system. I have spent the last six months flipping around with Server 2003 so this was amazing. I also realized I need more storage so I went to Frys and got a 500GB drive to sit next to the 80GB.

For those of you doing the math we have:

Two days later I see a deal for the HP and get one for my parents for $80 less. Remember this deal? Did I mention I was in love?

I must say that my home built is still going strong but I would definitely recommend a HP to anyone looking for simplicity and ease of use. I had some driver issues with the Dell since it did not come with an OS. In addition, the cost savings for HPs make it just as competitive as making your own. If you like hardware, build your own but otherwise look for a supported WHS.

Preaching to the Choir

We all love WHS. You would not have read this far if you did not. Anyone can get these types of WHS deals. I am just a normal guy with no special contacts. I just keep an eye on Fat Wallet and Tech Bargains and buy the deals when they hit. I am sure you all have similar deals that you received. If any of you have not bought a WHS yet look around first and get the best deal you can. If you shop smart you can get a WHS for not much more than a NAS drive.

HP had a sale going on last week (still active as of July 25th, 2009) and instead of buying another Buffalo NAS for my sister (hers flippin died) at Newegg for $200, how could I resist a WHS for the same price? Are they just giving this stuff away or what?

Techbargains has the detailed information and the deal is legitimate. I got it on Saturday and will hook it up at her house in two weeks!

I bet you can even get better deals than I did! Tell your friends and family. I think about all of the money I spent on the NAS systems over the years and I could have bought multiple WHS systems.

It only takes one disk crash to change your life. You have to back up. Could Microsoft make it any easier for us? I cannot wait to see what future updates bring us.

This turned into an article about how WHS can be an alternative to NAS and about good deals for WHS systems. It was not my intention to write the article like this but I think I wrote from the heart. If anything I hope it was entertaining or informative. While I wrote this article, my WHS was watering my lawn, turning on lights, playing a movie on my plasma and keeping my data organized. Tonight when I go to sleep it will back up my files and ensure that each PC on my network is safe and secure.

NAS has its place in history but WHS is the future. I love Windows Home Server. Viva WHS. Seriously.

See you next Friday night, 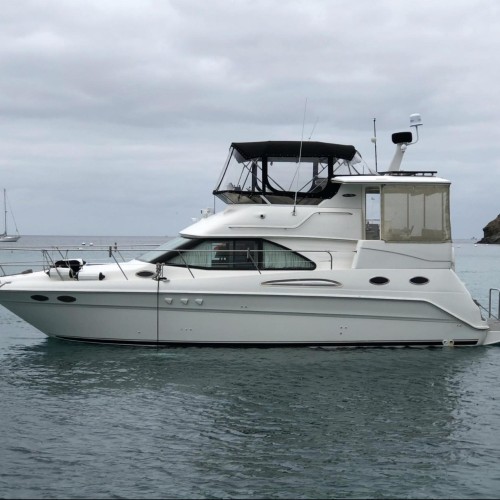 Here is our review of the 8BitDo Ultimate Controller with Charging Dock.
Reviews

A flash sale to save you money and improve your setup.
Christmas 2022

Here is our review of the Xplora XGO3 GPS Smartwatch aimed at children.