DEVOUR is a co-op horror survival game starring former cultists. Their mission is to stop the goat demon Azazel from being unleashed into the world.

DEVOUR contains three different maps. The most recent addition is called ‘The Inn’ and was released in a free update on September the 23rd. The three maps have great variety in style and aesthetics however they all suffer from the maze like map design. This is both a good and bad thing. On the plus side it improves the thrilling experience of being chased down and not quite knowing your way around the map. On the negative side it can be irritating when you are trying to find your way back to an item or ritual piece that you found earlier but didn’t get a chance to pick up at the time.

I highly recommend this game being played in co-op for the hilarious moments it can produce. These include other players screaming due to jump scares or panicking while running terrified from the maps demons. It would be an extremely tough game to play solo. I personally wouldn’t recommend playing solo as the tasks tend to take around thirty minutes to complete even with three or four people. DEVOUR doesn’t hold back on its difficulty as the demon gets far more aggressive as you get closer to your goal. This makes teamwork and communication essential even on normal difficulty. You’ll need to be revived by your teammates and work together using the UV lights to stagger the boss and ensure your survival.

The greatest flaw is that it lacks replayability, however for the price tag of €4 I can’t complain at all. I had completed every map once close to two hours in. The biggest question was did I want to go back and play them again? My honest answer was kind of. I wanted to play it again to laugh with my friends while being on edge of a jump scare that was ready to be brought upon us. But the tedious tasks that DEVOUR invokes really showed the lack of creativity from the developers. In every level you have to collect ten ritual items while a demon chases you. The difference in each map was the skins of enemies and the map itself. However in each level you have to do the exact same tasks every time.

The horror tends to make you on edge especially with the creepy designs of the bosses. Zara’s is the most unnerving as she has a spider body with a human head. Molly has by far the most terrifying jump scare. The sound effects create a state of paranoia as everything sounds closer than it actually is. This makes it feel more tense and creates an unsettling atmosphere.

The game also has perks which is an incentive to keep playing as you level up. These perks will help you survive with some simple abilities like faster movement speed and some crucial ones like being able to see the last ritual piece on the map. However, levelling up doesn’t seem to be that quick on normal difficulty. This forces you to play on hard, getting a 15% XP boost and 25% on nightmare mode.

DEVOUR is a joy to play, particularly with friends or with people you’ll meet in public servers. It has solid horror and a tense atmosphere but it is rather short with only three maps and tasks never changing. However with the developers, Straight Back Games, releasing free content through updates this makes DEVOUR a bargain that’s bound to have a long lifespan with new content releasing. 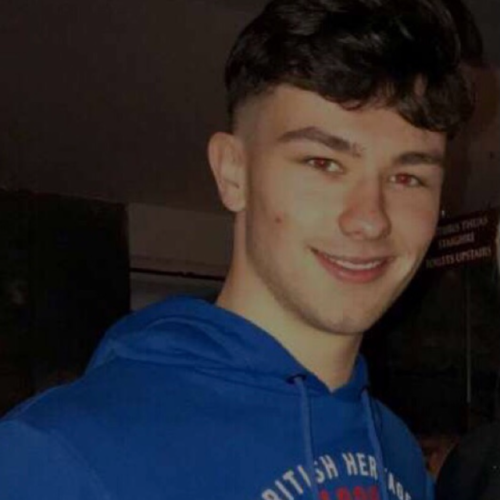 Luke Maguire
Anything with a good narrative or good gameplay I'm up for. Obsessed with series and games like Breaking Bad, Gintama, Hunter x Hunter, Metroid, Zelda, and God of War.
Previous articleReview: Escape Simulator
Next articleReview: DwarfHeim