I am a huge fan of the Sniper Elite series; I mean it is bat crap crazy with the kill camera and x-ray kill shots but under the surface lies a very deep and competent shooter that has evolved greatly over the years. The full evolution came in the form of 2017’s Sniper Elite 4 which brought in a much larger world with far more player freedom in how you could complete the mission objectives and a story mode that was fun and rewarding. So, it was with some surprise to learn that Rebellion were going back in time to remaster Sniper Elite V2, albeit a fan favourite, it is still taking players back to how the series was in 2012. It was time to step back into the shoes of Lieutenant Karl Fairburne.

Sniper Elite 2 is set in the final days of World War 2, our hero Lieutenant Karl Fairburne is an American OSS officer and highly skilled sniper who is inserted into Berlin in 1945 with the mission to prevent the Soviets from capturing the Nazi Scientists responsible for designing the V2 rockets, something the US themselves would rather learn from the scientists. The story makes good use of actual historical WW2 operations and even mentions Operation Paperclip which is such a clever way of inserting this story-line into real events without having to alter them to make it work.

What I loved about the Sniper Elite series is that I always considered it the HITMAN of WW2, two game series I held in high esteem back then and still do with the modern games having evolved so much. Fairburne is ultra-deadly, trained to complete the mission no matter the cost and with no help if necessary. He is a very believable character in this world which helps with the immersion which is something this remaster manages to enhance by improving all the visuals for levels and the world. This game does look amazing thanks to the work done to bring the visuals more up to date but it also falls into the trap that many remasters fall into, making it look prettier but not reworking the gameplay. 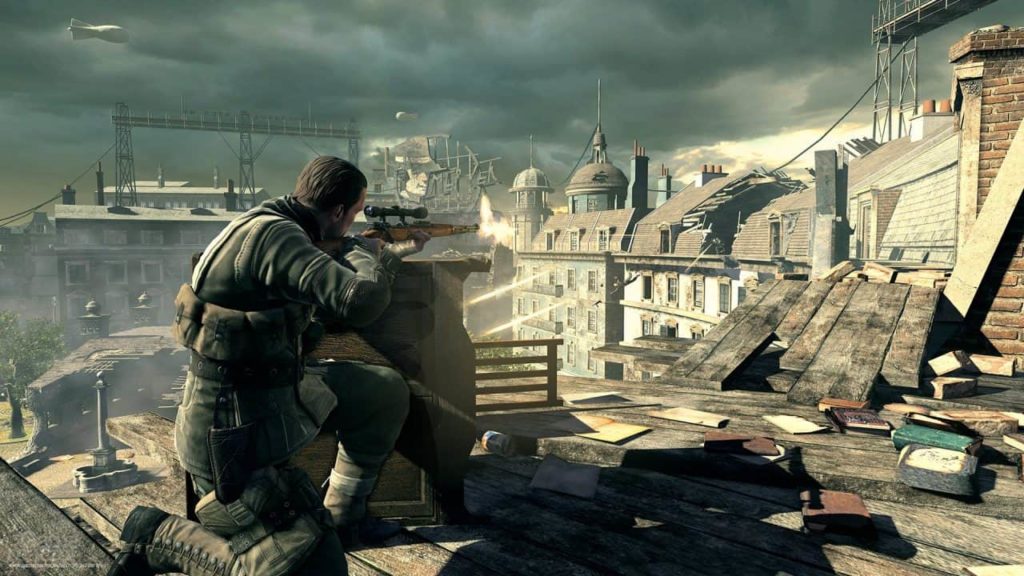 The sniping physics are some of the best you can find with this series, and even in this early entry to it, the depth in setting up a good kill shot is very satisfying. When all the different systems come together and you can pull off an exceptional sneaky mission by utilising stealth or setting clever traps in order to protect your position it is simply rewarding on a whole new level but you can also just go full arcade run and take out all the enemies around you instead. How you play will determine the score you can get, with more thought out kills scoring more than just ploughing the road with a Thompson machine gun. It was one of the first games that I remember actually using bullet drop as an element to every sniper shot and it certainly elevates trying to get that final kill shot on the target of that mission. Not to mention what it takes to reach and create that opportunity, often having to avoid patrols or strategically taking out guards who could get in the way.

Where this remaster does fall down is where as I said, so many recent ones also fail on, is that the issues the game originally had still remain, despite this version clearly being based on one with all the patches over its life. This is one of the frustrating things about remasters where giving it a shiny new coat of paint and repackaging is seen as good enough. The controls can be clunky at times and there is still an issue with crouching to be stealthier can lead to getting stuck on scenery, which not only happens to you as the player but also to AI characters which is admittedly rather amusing to see whilst zooming through the sniper rifle. The AI can also be very hit and miss to how smart they are where at times they can spot you with the slightest margin of view and other times you could stand there playing charades and they will not notice you at all. The AI can also break its own rules such as when you fire a shot, naturally it can be heard by enemies in close range which will make them actively search for you but if one of their snipers sees you and starting pinging off shots at your location, some enemies wont even consider it something worthy of their interest to look into.

So visually, this game looks really good compared to the original but the issues and linear gameplay make it feel incredibly dated and whilst playing all it made me want to do was reinstall Sniper Elite 4 and play that instead, which I did. This has released with all the DLC included and the new photo mode is a nice new modern feature but unless you are a die-hard fan of the original Sniper Elite V2, I can only say you should check out the more recent game which can be found cheaper than this remaster and is actually currently included in the Xbox Games Pass and is just far more entertaining to play through in just about every way. 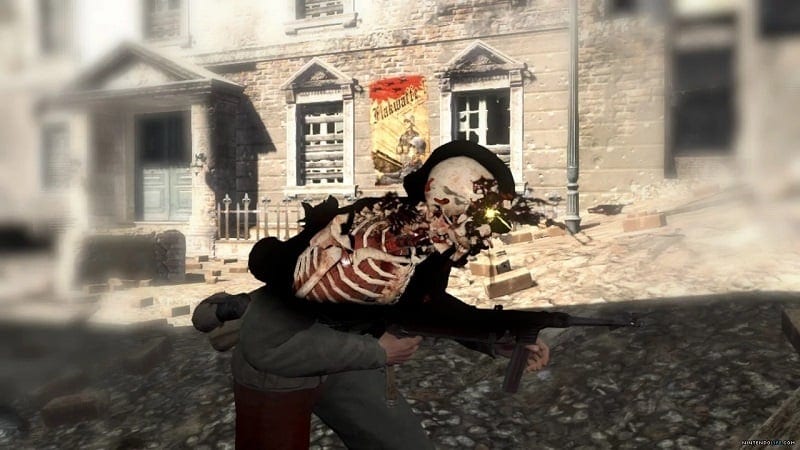 Sniper Elite V2 Remastered is another example where the original would have benefited from a full remake rather than just giving it a pretty makeover as it still has playing issues which detract from the playing experience even if they have improved how  the overall game now looks. V2 is still very playable but if you have played Sniper Elite 4 then this will feel incredibly out of date from a gameplay point of view whilst this remaster is slightly redeemed by the co-op mode and the always fun X-ray kill cam views when you pull off a fantastic sniper shot, it still struggles to look anything but dated.

Possibly one to pick up when it lands in the bargain bucket or sales window but sadly Sniper Elite V2 Remaster needed more fine tuning than just a fancy new coat of paint.