The third and final episode of the first story expansion for Assassin’s Creed: Odyssey has released and following the controversial ending to Episode 2 which saw whomever you choose to play as, either Alexios or Kassandra, having a baby with the child of Darius, wielder of the first hidden blade and master Assassin. For me, this felt like a very natural story moment based on how I played the first two episodes however it was not the case for many others who felt that play choice such as the decision to have same sex encounters in the main campaign story, felt this development was forced upon them. A patch did address this making it more of a function of continuing the bloodline rather than anything romantic and that change also flows into the final episode with different dialogue options. I was very interested to see where this aspect as well as Darius’s feud with the Order came to a conclusion.

This is by far the shortest of the three episodes and it really serves more for a narrative conclusion then anything really gameplay wise. It opens by bringing you back to your ‘family’ with dialogue choices to either support the choice to willingly have a child romantically or as a matter of simple continuation of the Alexios/Kassandra bloodline. So, for the dialogue choices, you can either be stand offish and cold or fully in romance mode which for my Alexios just felt very natural to be kind and gentle with Neema about their child, I mean she is very understanding to allow Alexios to simply go off doing his Misthios thing. The opening for me was a lovely reminder of the family life Alexios always wanted and relished to have with his baby son, the woman he loves and Darius there to remind us of the dangers The Order still threaten on the world.

For my Alexios, life is pretty good and he is happy which is very unusual for an Assassin’s Creed hero to actually have that balance, the last Assassin to have it was Ezio Auditore Da Firenze, who at the end of Revelations, puts down his hidden blade and Assassin life in order to have a life and family of his own. So, to have this final episode open with what is pretty much a happy start with all things looking very lovely for Alexios is quite nice. But this is of course Assassin’s Creed, and nice usually doesn’t stay so for long. In one of the most emotive scenes as a fan of the series, following a personal moment with my Alexios and Darius as they look to a possible happy future for their family, they see that their village is in flames, fearing what has happened to Neemas and the baby, Alexios races through the village to find them. We discover that the Order of Dominion is responsible, targeting Alexios for his actions against them and the price paid is a high one, as the baby is stolen and depending on if you play as Alexios/Kassandra, will mean the death of Darius’s last child in the fighting. 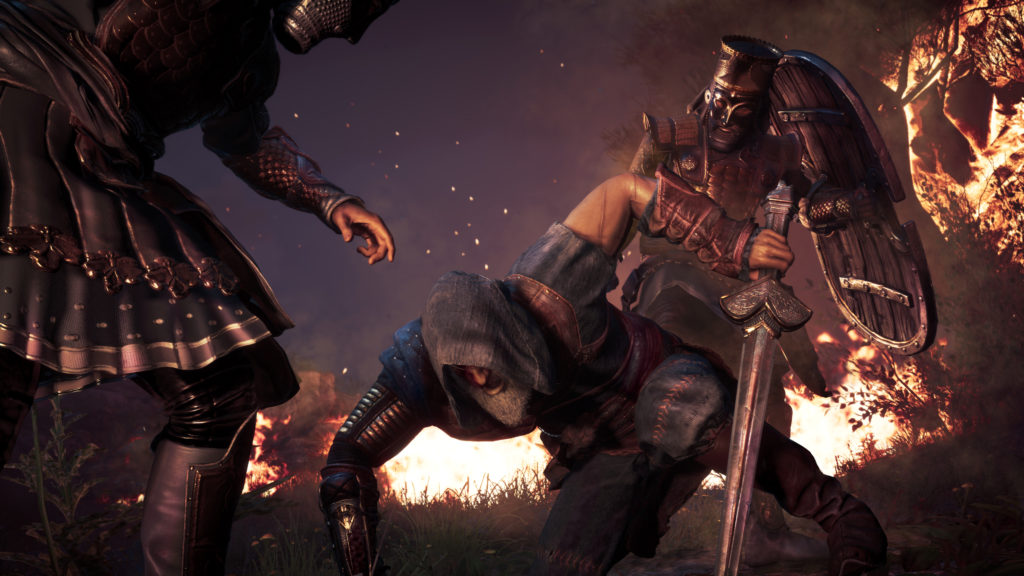 What follows is pretty much the bare essentials of this expansion story, with Alexios/Kassandra and Darius now hunting down the remaining members of the Order of Dominion for revenge but mainly to retrieve and rescue the baby. Darius and Alexios/Kassandra are now at odds, with the player feeling the guilt of failing to protect Darius’s child and in losing the baby. Now depending on whether or not you chose to be more romantic about the relationship or stand offish, you will still be called upon to seek vengeance upon the Order. This does bring the expansion story full circle as we learned in the last episode that the Order is being headed by Amorges, former ally and best friend to Darius, who turned against him following Darius assassinating Xerxes the first. Amorges has been in the background all through the expansion, with his forces still hunting down Darius many years after the death of Xerxes, bringing them in contact with the Eagle Bearer who in the main campaign, destroyed the Cult of Kosmos. But now it is perhaps the most personal of reasons to try and tear down Amorges.

The action is fine but again, its very routine for this episode as again the player must complete a few story missions whilst looking for clues to unveil the remaining members of the Order of Dominion as Alexios/Kassandra kill their way to get to Amorges. I did like the animosity between Darius and The Eagle Bearer with both blaming the other whilst clearly suffering the guilt of their own actions being responsible for the less and stealing of the baby. But the problem is that at this point, hunting down Cultists is rather old hat and offers nothing really new. Even the attempt to add in some naval combat falls a little flat as its just so short which is perhaps why for me at least, this final episode is very much focused on the story itself, which acts as bookends to the action with the opening setting up the final battle whilst the ending, which I will not spoil, serves to connect Odyssey to Origins in a clever and surprising way with a nice pay off in a post story mission for players. 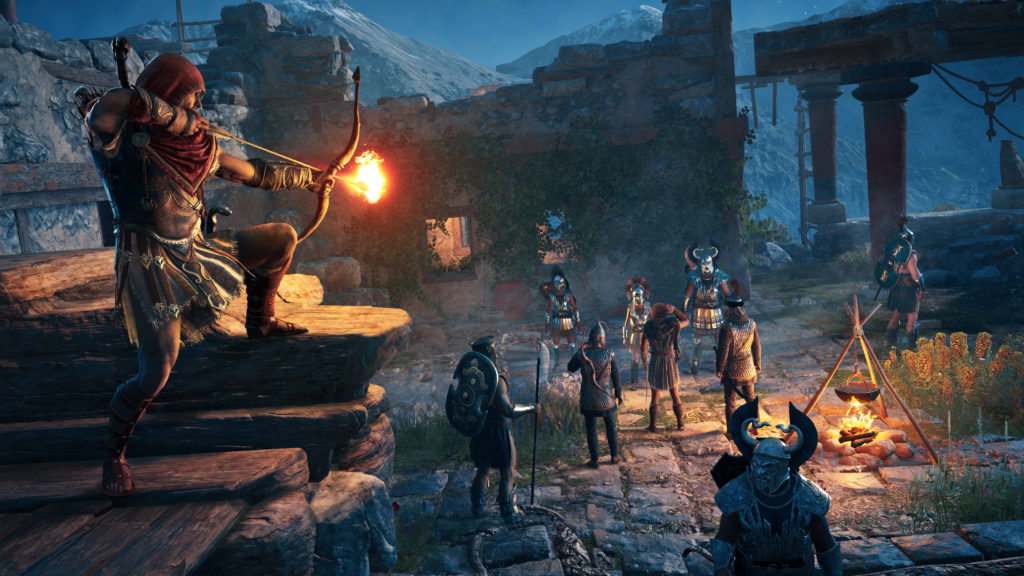 All I all Legacy of the First Blade is very much a good example of how DLC can work for the Assassin’s Creed series going forward with story expansions told in an episodic way which actually suits the new RPG Action adventure style of the series now. I do feel that this was a test of various systems to craft how story expansions will be delivered and I am looking forward to the next expansion in ‘Fate of Atlantis’ a very interesting part of the main campaign that should be fun to revisit and see more of. The episodes could do with having more content that reflects the main story even though the main campaign does have multiple endings, the fact that in here how the campaign ended for me based on my decisions felt unimportant and ignored with the fact that my Alexios now has a child and yet no attempts to find my family and share that joy just made it feel a little flat at times.

As the first story expansion this does a lot of world building, by introducing the very first user of the Hidden Blade it adds more lore to the game, and I really enjoyed seeing how The Order is very much alive and well and can easily establish how it will eventually become The Templar Order fans will know from the series. There are nice little teases to the Assassin’s just how Origins did and with perhaps the biggest plot hole of the main campaign looking to be addressed and expanded on in the next expansion DLC, AC Odyssey is doing a fine job holding its own during a year that will not have a new full Assassin’s Creed title released.

I am certainly looking forward to seeing what adventures my Alexios is to have next, in the meantime, I think a cheeky New Game Plus run with Kassandra is next for me with this game until the next expansion launches.