Huawei announces the Mate 20 serie of phones in London

Huawei has just announced the Huawei’s Mate 20 series at a massive event in London today. To introduce its second flagship smartphones for the second half of the year.

The Mate 20 Pro has a 6.39-inch OLED display, slightly rounded at the sides. The panel has a fingerprint reader integrated into the lower area behind the actual screen, the display works with a full 3120 x 1440 pixels. 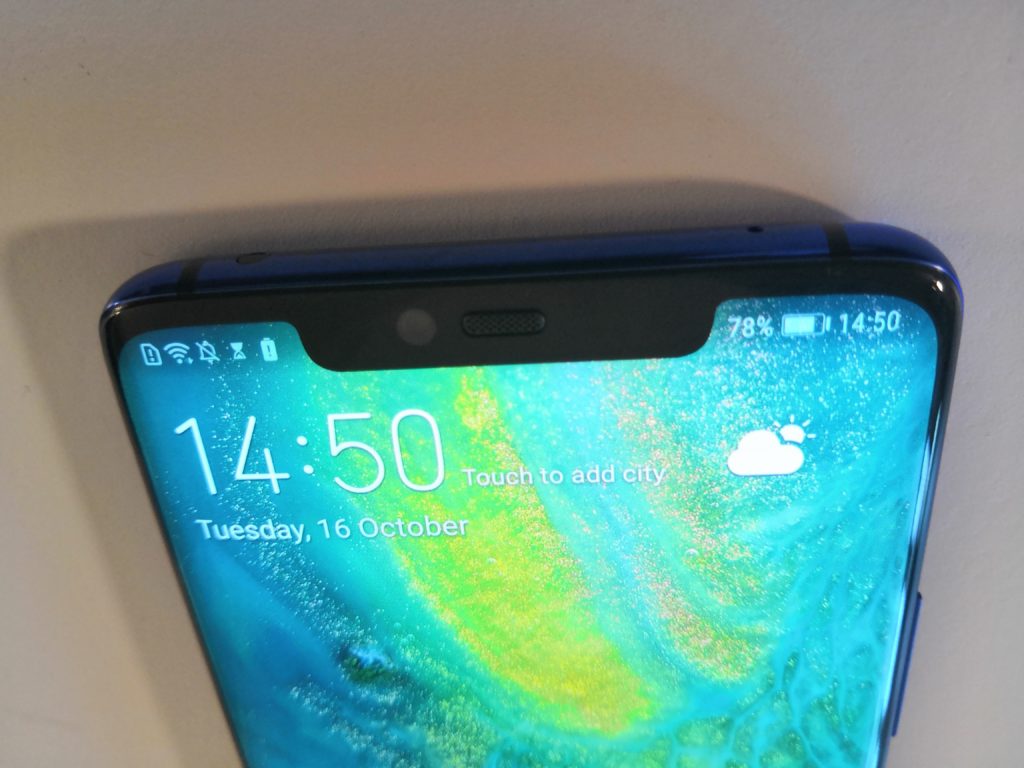 Huawei’s display of the Mate 20 Pro, also a Vertical Surface Emitting Laser (VSEL) module In order to realize in this way an Apple’s Face ID in many ways similar unlocking by means of face recognition via infrared laser technology.

So again comes from the Huawei P20 Pro known the main sensor with a full 40-megapixel resolution is used, which has an F / 1.8 aperture and is to provide by “Light Fusion” technology for better pictures. It combines in the standard setting four pixels to one, so as to increase the image quality.

Huawei also installed a 20-megapixel sensor with F / 2.2 aperture, which is equipped with a Telephoto, and a new ultra-wide-angle sensor, which dissolves with eight megapixel. Together, the sensors should correspond to focal lengths of 16 to 80 millimetres and, in addition to an optical 5x zoom, enable ultra-macro shots from the smallest distances – Huawei promises that you can shoot pictures from a distance of only 2.5 centimetres.

Of course, we also want to provide again the previously introduced functions in the field of artificial intelligence, in which the smartphone with the help of two Neural Processing Units (NPU) analyzed the image content and uses optimized settings.

Among other things, Nightshot images are possible in which the software analyzes images based on various points and thus electronically stabilized.

Huawei’s own Kirin 980 Octa-core SoC, already announced at the IFA this year, is under the hood. It is the first SoC with seven-nanometer structure width, which is installed in an Android smartphone. The chip uses three clusters of differently fast clocked ARM Cortex-A55 and ARM Cortex-A76 cores, the latter being divided into two groups. The A55 powerlines run as a cluster of four cores with a maximum of 1.8 gigahertz, while two of the A76 high-end cores with up to 1.9 and two more with up to 2.6 gigahertz work.

Add to that a powerful ARM Mali-G72 graphics engine, which, together with the new, faster ARM cores, gives the Kirin 980 tremendous power that puts the chip at the forefront of Android-powered processors for the time being. Depending on the country and model, the Huawei Mate 20 Pro will be equipped with six or even eight gigabytes of fast LPDDR4X memory.

You can expect optical zoom support of up to 5X and support for macro shots, Huawei says you’ll be able to place the camera as close as 2.5cm to the subject.

Huawei introduces has announced its own memory card format with the Mate 20 Pro, while the P20 Pro didn’t come with a MicroSD card slot, the Mate 20 Pro is no different. However, Huawei can help in other ways: The company introduces the so-called “Nano-Memory Cards”, which are memory cards in the format of a Nano-SIM card, which comes with capacities of up to 256 gigabytes. These should be as fast as good MicroSD cards, just much smaller.

The Huawei Mate 20 Pro is equipped with a 4200mAh large battery, which compared to its predecessor and the P20 Pro thus once again a whole piece has grown. It’s loaded with a new 40-watt power supply in no time at all, with Huawei setting its own, once again improved, SuperCharge standard.

The improved power supply is apparently supplied directly from the factory. It can charge the Mate 20 Pro’s huge battery to 70% of its capacity in 30 minutes, with the Mate 20 will do 58% in 30 minutes.

The reverse wireless charging technique could, therefore, be used by the user to charge other smartphones wirelessly.

The Mate 20 Pro is waterproof to IP68 and is therefore designed to resist both dust and water with depths of up to 1.5 meters. The device supports both extremely fast LTE networks but also transmits via NFC, Bluetooth 5.0 and Gigabit WLAN with dual-band support. The device is 8.6 millimetres thick and brings it to a weight of 189 grams, which is probably due mainly to the large battery in this years model.

Android 9.0 ‘Pie’ and EMUI 9.0
The operating system is the new Android 9.0 “Pie” in conjunction with the Huawei’s own interface EMUI 9.0 used. Huawei has just overhauled the software in many ways and tried to slim down. So, among other things, the handling of the countless settings should be easier to do.

In addition, Huawei’s navigation via gesture control has now arrived, which has already become standard on Google’s pixel smartphones.

Huawei is launching the Mate 20 Pro in four colours both the Midnight Blue and Emerald Green has a texture like on the back like a vinyl record this makes fewer fingerprint marks on your phone and adds more grip to the device also available in Black and Twilight and Pink Gold, my two favourite colours are the Emerald Green and the Twilight.

Price starting from €1049, with preorders starting today the 16th October.

Chris Hare
A True Tech Geek at Heart, I Started my life of being a Tech Geek at the age of 5 with the BBC Micro. Went on through most of Nintendo stuff and now a Xbox and PlayStation fan. I also leaked the information about the leaked Hotmail passwords story from October 2009 that went World Wide. I Started writing tech articles at the beginning of 2011, most of my articles are about Android phones and Xbox One and PlayStation 4 and other gaming news. When Chris has free time its with the family.
Previous articleLibratone announces availability of AirPlay 2 on ZIPP speakers
Next articleReview: EA MADDEN 19