The likes of Kickstarter have made it possible for retro video-games to have a bigger impact on the video-games industry. One such title is Pirate Pop Plus which came out on both the Nintendo 3DS and Nintendo Wii U.

In Pirate Pop Plus, players take control of one of many characters who have to burst bubbles. Those bubbles then split up into smaller bubbles and so on, until there are no bubbles. Shoot all bubbles using a weapon and more bubbles will appear.

This game mechanic is used in two modes that involve surviving for as long as possible to gain higher scores. The main mode is Normal mode where the primary objective is to ensure that the character isn’t hit by the bubbles, whilst also trying to pop them as they bounce up and down on the platform. 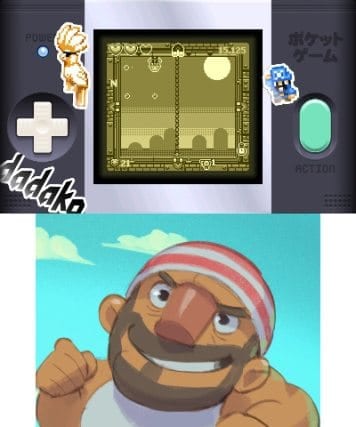 The other mode is called Hyper and it is very similar to Normal mode. The only difference, as the name suggests, is that it has a faster pace. It also includes more power-up items for players to experiment with. These temporary power-up items are perhaps one of the more exciting aspects of the title. Each of them adds a new unique way to approach bursting the bubbles, like a weapon that can shoot up to three chains that stay on the screen and burst bubbles that come into contact with them. Given the potent nature of these power-up items, it is only natural that their use is limited to a couple of times.

Another significant difference between the modes is that twenty five coins are required to play Hyper mode. These coins are earned by bursting as many bubbles as possible when playing both modes. The coins are also used to buy cosmetic items, such as colours for the the background.

The game area always consists of the same square room and the only slight change is to do with gravity. There is a change in the pull of gravity that occurs at random times, where the character is then moved to a different side of the square room. This makes it somewhat more interesting to play since it becomes harder to burst the bubbles and not get hit by them when trying to move the character in a different side of the room. The player can also use this to his/her advantage by bouncing on the bubbles when changing from one side of the room to another. This is because the bubbles don’t harm the character when he/she is bouncing on them from above.

Unfortunately, it doesn’t take long to realise that there isn’t much to in the long term. Despite initially being fun, the only real reason to continue playing is to earn enough coins to continue unlocking all the cosmetic items that don’t really add any real value. There are a couple of characters that players can unlock with coins, but the only difference is that each of them has slightly different stats, such as having more lives. Even the lure of continuing to get a higher score isn’t that strong considering that there are no online leader-boards to compete against other human players. 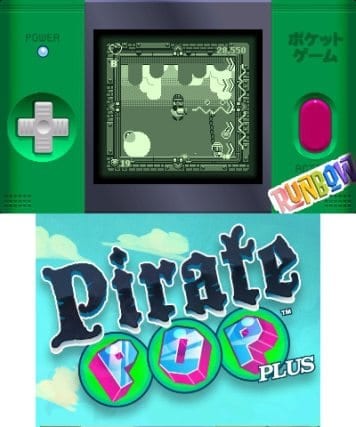 The title also prides itself on its retro visuals and music that make it look like it belongs in a Game Boy cartridge. Albeit an interesting approach to use with a title such as this, it does mean that the title looks somewhat basic.

If Pirate Pop Plus was meant to pay tribute to the heydays of retro gaming, then it didn’t exactly succeed in doing so and the lack of a substantial amount of content will not keep players engaged for long.