Codemasters has today announced that it will be adding PlayStation VR support to DiRT Rally, in the coming weeks. The VR compatibility upgrade will be available as a standalone DLC Add-On for existing players at £9.99 on the PlayStation Store or as a new ‘DiRT Rally PLUS VR Upgrade’ retail version and will let you drive in fully immersive VR throughout the entire game supporting every car, every route and every discipline within DiRT Rally. 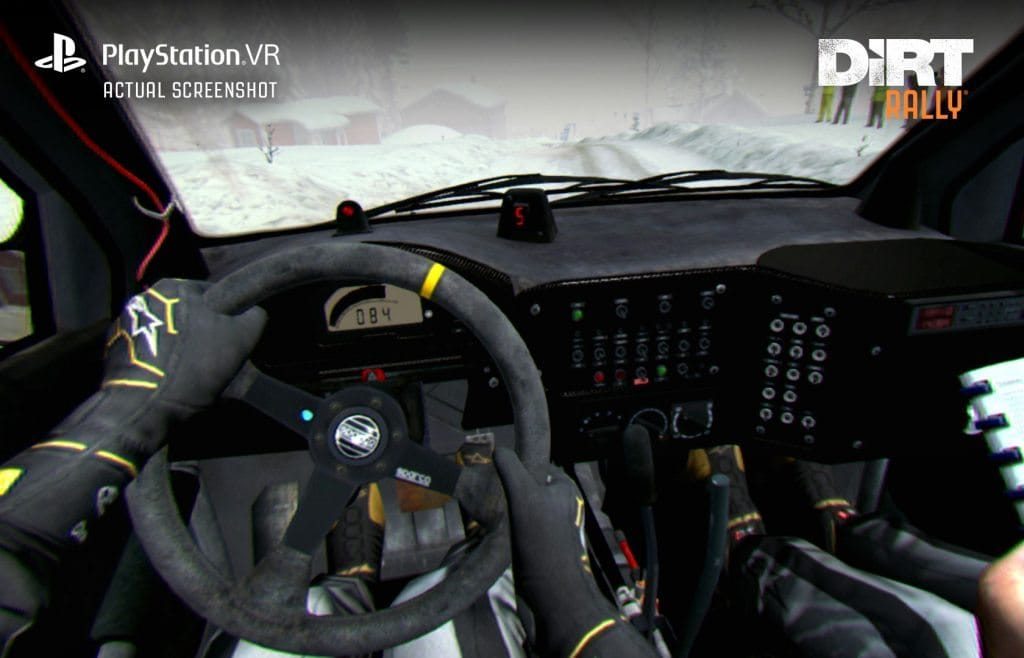 As well as allowing you to drive any of the stunning rally, rallycross and hill climb cars in full VR, the update to DiRT Rally will add a completely new Co-Driver Mode to the rally sections of the game. This new feature allows a second player to become engrossed in the action as they use the buttons and touchpad on a DUALSHOCK 4 to give the pace note calls to the driver from the social screen. Just like with real life co-driving, timing and accuracy are vital in order for you to complete the stage in the best time possible.

Paul Coleman, Chief Games Designer, DiRT Rally, said: “The PlayStation VR upgrade allows you to get closer than ever to the experience of being a real life rally driver. The addition of the co-driver mode also allows you to work together with a friend to get through the stage and adds an even deeper level of realism and immersion to the rally stages.” The update will immerse players into the world of rally like never before as they take on some of the most challenging rally stages in the world, as well as multi-car racing at three locations in the FIA World Rallycross Championship.

Chris Hare
A True Tech Geek at Heart, I Started my life of being a Tech Geek at the age of 5 with the BBC Micro. Went on through most of Nintendo stuff and now a Xbox and PlayStation fan. I also leaked the information about the leaked Hotmail passwords story from October 2009 that went World Wide. I Started writing tech articles at the beginning of 2011, most of my articles are about Android phones and Xbox One and PlayStation 4 and other gaming news. When Chris has free time its with the family.
Previous articleLego City Undercover the official trailer get back in the city
Next articleWelcome Home to RESIDENT EVIL VII new trailer