The package follows the same lines as seen in previous generations. It is rectangular, with the device’s photo at the top and is home to little more than the space needed for all accessories. 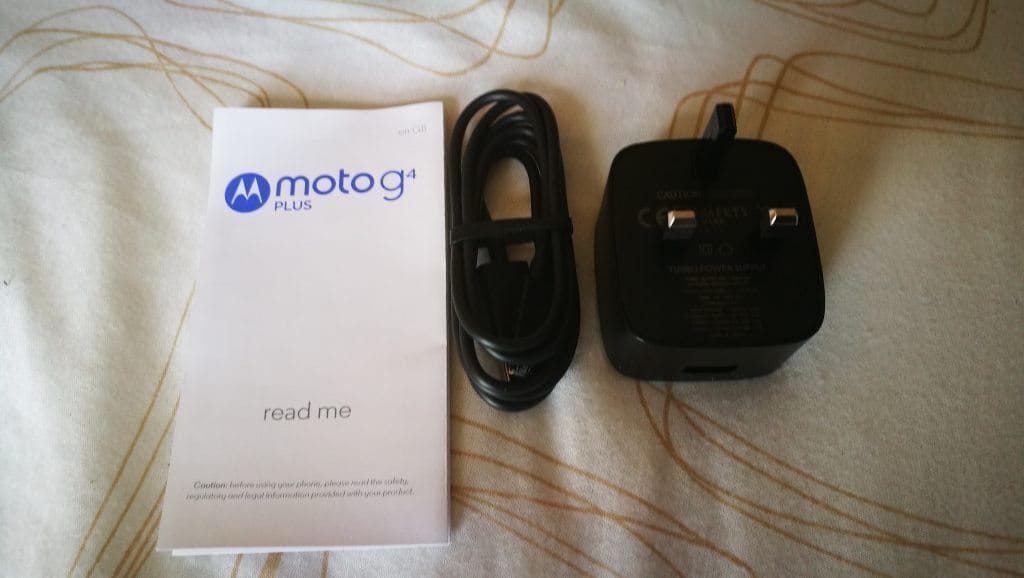 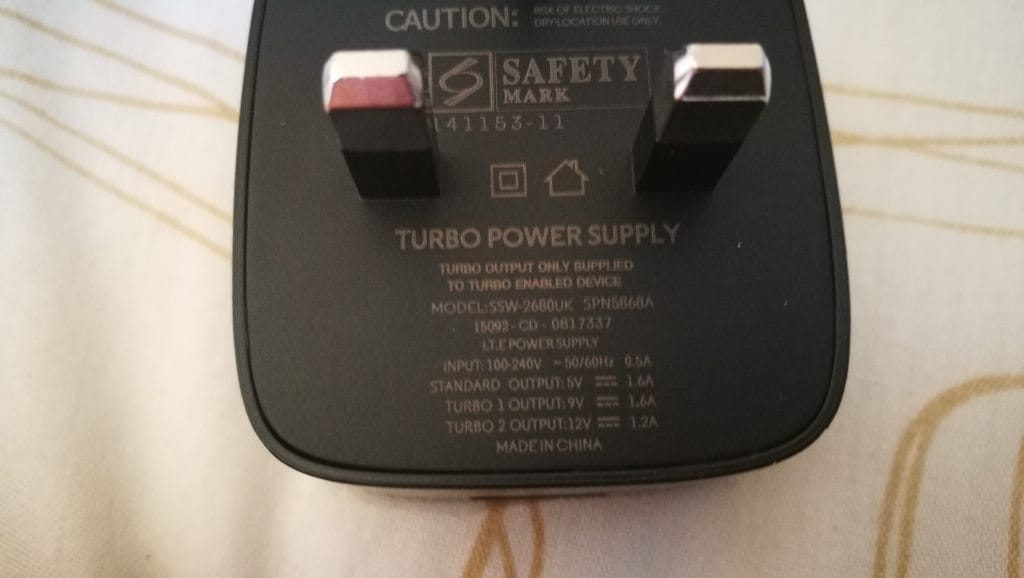 Speaking on them, you will find here a USB data cable, up to 12 volt charger jack and recharge the phone battery in a short time (15 minutes charge gives you 6 hours of normal phone use), finally, instructions manuals.

Much has changed here, if you have a Moto G third generation or earlier. It is bigger, the screen has grown to 5.5 inches working in Full HD resolution and it occupies a significantly large area of the smartphone – reaches 71.2% of the front fill. Could be higher if not for the bizarre presence of a fingerprint reader (Moto G4 Plus) the Moto G4 doesn’t have a fingerprint scanner, which appears to be out of the cell design pattern and functions just like print reader. He is not home screen button, but it makes the virtual screen buttons appear when you are in full screen which is very good. 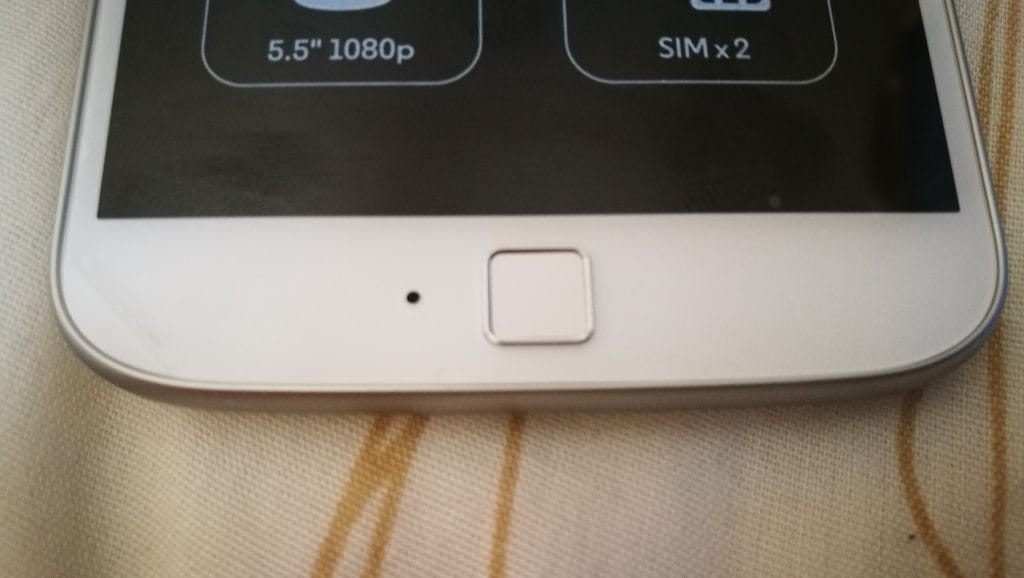 The body was less ergonomic than previous versions, the rear is more smooth, straight and thin (7.9 mm are only) disturbs the comfort. Growing up, the footprint it was less comfortable and the side further help in time to slip out of hand he slipped a few times with me.

On the sides you find the alloy buttons / off and volume control in different textures (which helps in time to identify the button when the phone is in your pocket, for example), and down, is a micro USB input. 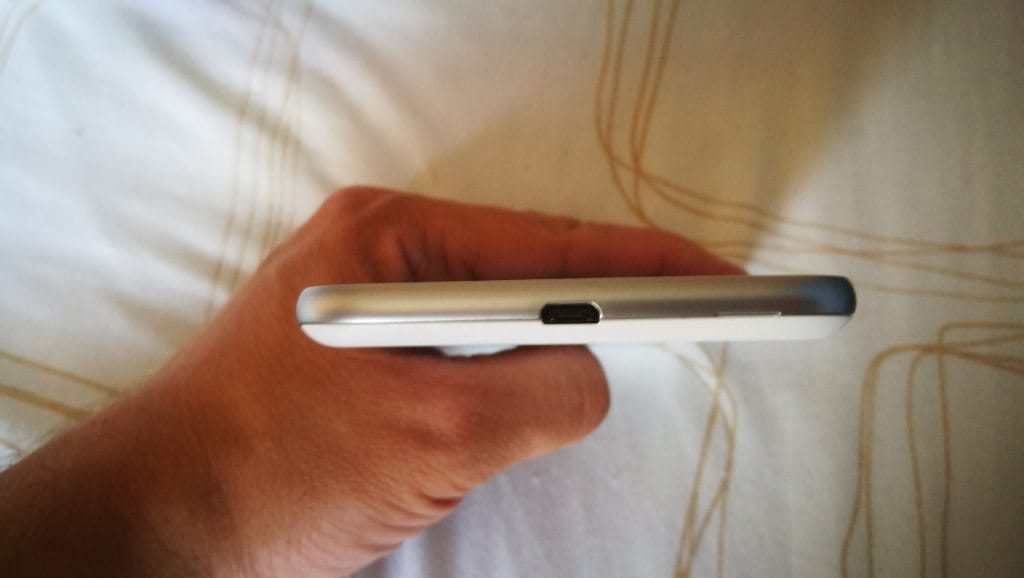 Upwards continues the input for headphones and back is one of the biggest differences in the design of this model: the camera is now placed inside a piece of apparatus of the body is black, with a laser to help focus speed and LEDs to flash are now together in a round shape. He missed the speaker? Yeah, he’s the speaker that is used for calls. The quality of it, even though mono, is very nice and helps involvement volume – after all, he is always facing you and is not drowned out by hand.

When you open the back cover, which is quite soft and greatly helps in shock absorption when the device falls to the ground, you are faced with two entries for carrier chip and a space for microSD cards, which can be up to 256 GB. The battery is also here and has load 3.000mAh. 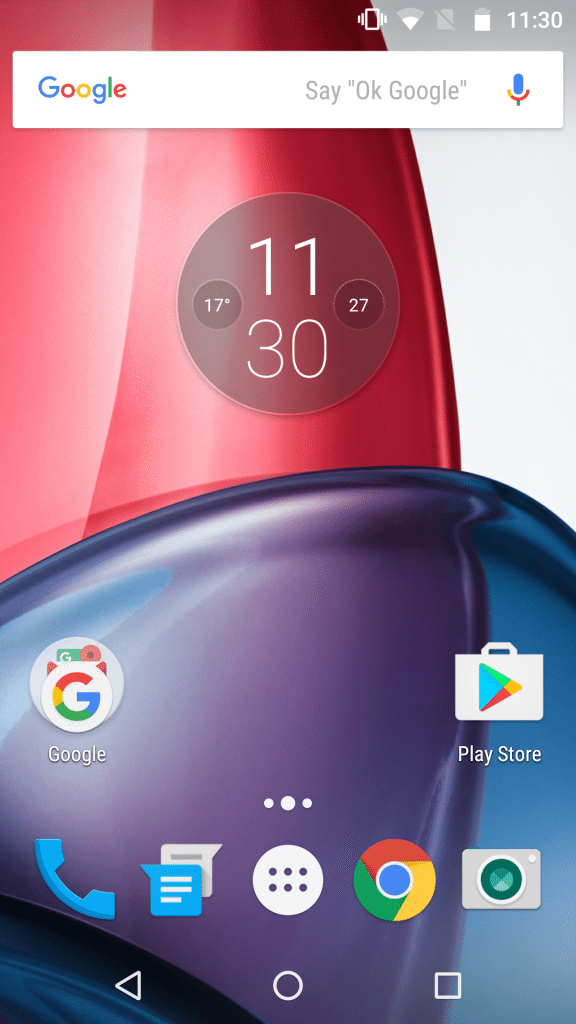 Lenovo took the hand of Motorola and brought inside, but fortunately did not touch on how the company worked its software. Things here are still very similar to what already existed in other Moto G, which means that you find the Google Now Launcher running with a very small handful of added applications and functions from a single widget added by the manufacturer and that displays the watch, from the day of the week and the current temperature. Android flat wheel, light and loose in version 6.0.1 already factory. The experience is almost the same as a Nexus, but changes only in some and very good pre-installed apps. The list includes gestures to turn on the flashlight (rear LEDs) to swing the phone, activate the camera when you rotate your device as you accelerate a motorcycle, with the Moto application presence, which manages it all and still add Moto function screen, which displays notifications in low brightness on the display while it is off. You can even customize this feature and add a time so that the screen is not calling to display notifications, which saves the night battery after all, you are asleep and do not need to know that someone sent an e-mail in the morning, right ?

There is a huge relief to the overall performance of the device to not deliver a list of useless applications, such as two browsers, contact managers, duplicate music players and even the photo gallery has been removed, to be just spectacular application Photos, Google. Managing all this, with firepower off, we have a Qualcomm MSM8952 Snapdragon 617 that runs four Cortex-A53 cores at 1.5 GHz and four at 1.2 GHz with 2 GB of RAM and 16 GB of internal memory, which releases approximately 8.7 GB for the user.

At all times I used the phone, I felt that the screen transition animations and other effects of the device did not suffer with some apps open in the background. Even when I was listening to music via streaming with Google Music open in the background, along with a few tabs Chrome there and also giving a general timeline on Facebook, nothing choked or caught. It may appear to be little hardware, but for everyday it is even higher than expected for an intermediary.

For graphics, and invariably games we have a Adreno 405 running under the hood, which together with the processor and RAM, can deliver reasonable performance for heavy graphics games in their maximum. I tested Asphalt 8, Dead Trigger 2 and Mortal Kombat X, not locked at any time. At times, especially in Mortal Kombat, the fluidity of the game was noticeably just below 25 fps.

For the first time in the Moto G line up, Lenovo decided to take a revamped interface in that the camera has. It ceased to be minimalist and received a beautiful bathroom store, The first change you notice is the addition of buttons as the trigger, others to HDR, timer and flash, with one that is quite confusing and that is in the upper right corner . He no name or legend, hidden forms of shooting that also have no caption. 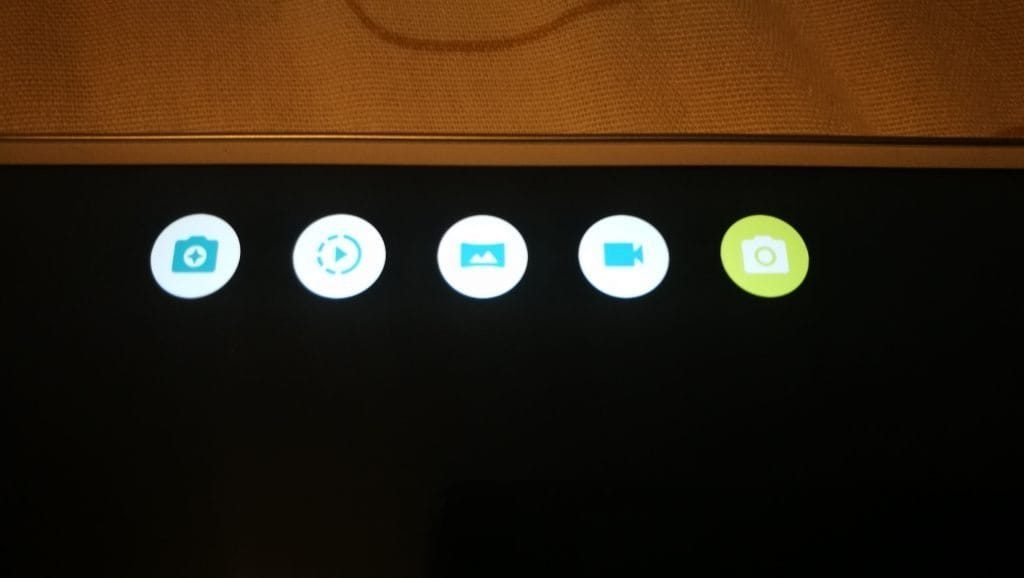 Here you can choose between manual mode (which is the camera with a “+” icon), timelapse (which is the icon of “play”), panorama (this is easy to guess) and videos. 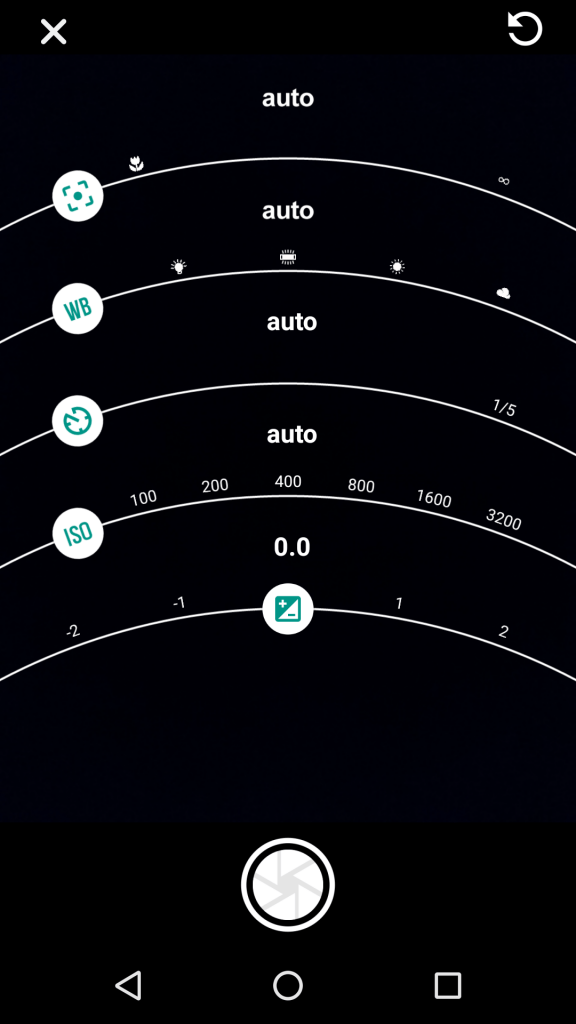 In manual mode you basically have the same interface as seen in Lumias and the controls are on the top screen. Simply tap the arrow that is beside them and to all the commands of these controls appear. It’s easy to swipe and adjust each camera speaking, we have a great marriage of good sensor with good lens and the result is one of the most balanced I’ve ever seen in this category.

As you can see the Moto G4 Plus show more detail in the face for the soldier.

The colours are reproduced with good quality and without aberrations, there is a nice contrast to the HDR work with off and post-processing is fast enough for you not to be required to hold their breath for not shake the picture. 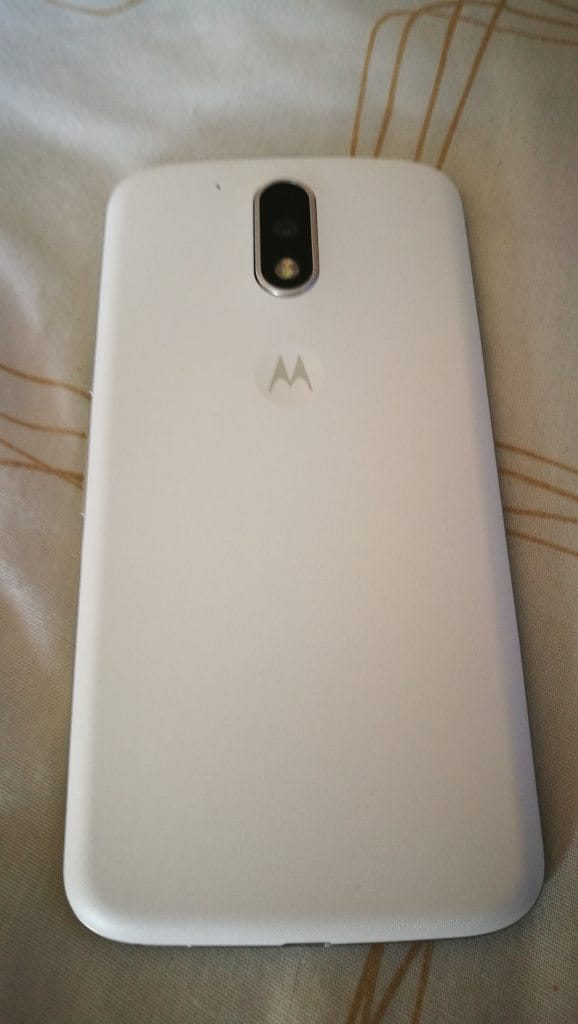 The focus laser helps in time to expedite this work and the noise in photos in low light is within the expected range for those who do not have a top line.

So over all a good phone but is let down with the lack of NFC for android play, and the price is just a little high for what you get.

Chris Hare
A True Tech Geek at Heart, I Started my life of being a Tech Geek at the age of 5 with the BBC Micro. Went on through most of Nintendo stuff and now a Xbox and PlayStation fan. I also leaked the information about the leaked Hotmail passwords story from October 2009 that went World Wide. I Started writing tech articles at the beginning of 2011, most of my articles are about Android phones and Xbox One and PlayStation 4 and other gaming news. When Chris has free time its with the family.
Previous articleF1 2016 New Screenshots show off Hockenheim in Germany
Next articleReview: Super Meat Boy