Win The Five on Blu-ray plus a signed script

To celebrate the release of The Five on DVD and Blu-ray, we’re giving away a copy on Blu-ray and a signed script. 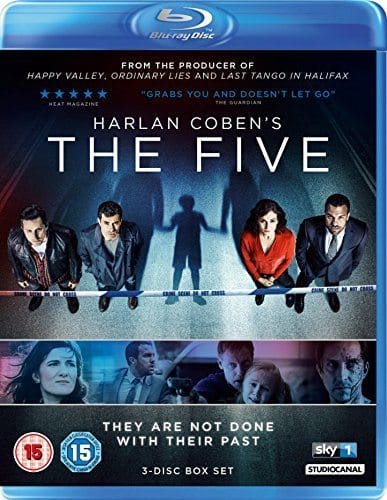 Four friends who have been bound together by tragedy all their lives are forced to face the past in the most horrifying way as THE FIVE, from the fiendishly smart mind of internationally acclaimed thriller writer Harlan Coben, comes to Blu-ray, DVD & Digital HD from July 4th, 2016, courtesy of STUDIOCANAL.

When they were 12-years old, Mark, Pru, Danny and Slade were out together in the woods. Mark’s five-year-old brother Jesse was bothering them, so they told him to get lost. Jesse ran away and was never seen again… Twenty years later, Danny – now a detective – learns that Jesse’s DNA has been found at a murder scene. Is Jesse alive? The four friends must reunite to discover the shocking truth.

A thrilling ten-part series that will keep you guessing right to the very end, THE FIVE is an unmissable maze of twists, turns and dark secrets that is about to become your next essential box set.

We have a copy on Blu-ray and a signed script to give away.

Andrew Edneyhttps://moviesgamesandtech.com
I am the owner and editor of this site. I have been interested in gadgets and tech since I was a little kid. I have also written a number of books on various tech subjects. I also blog for The Huffington Post and for FHM. And I am honoured to be a Microsoft MVP since January 2008 - again this year as an Xbox MVP.
Previous articleWatch the Red Bull Ring in the latest F1 2016 Video
Next articleReview: LEGO Star Wars The Force Awakens