Quantum Break out now on Xbox One and Windows 10

To celebrate the release of the game, Remedy Entertainment will be hosting a Quantum Break livestream on Twitch beginning today at 4 p.m. BST which will feature key members of the team, including Creative Director Sam Lake, from their studio in Espoo, Finland. 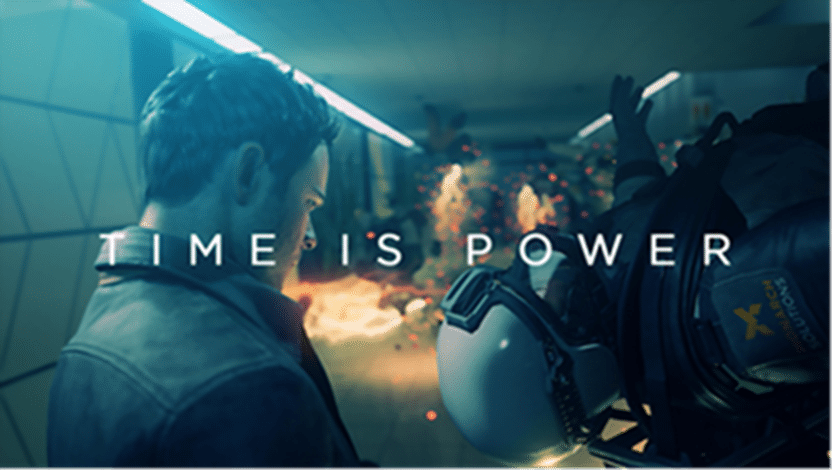 Quantum Break is a unique experience; one part hard-hitting video game, one part thrilling live-action show, featuring a stellar cast including Shawn Ashmore (“X-Men”) as the hero Jack Joyce, Aidan Gillen (“Game of Thrones”) as his nemesis Paul Serene and Dominic Monaghan (“Lord of the Rings”) as Jack’s genius brother, William. Quantum Break is full of the vivid storytelling, rich characters and dramatic twists Remedy Entertainment is renowned for. Your choices in-game will affect the outcome of this fast-paced fusion between game and show, giving the player a completely unique entertainment experience.

Every copy of Quantum Break for Xbox One comes with a full-game download for Alan Wake for Xbox 360, plus its two add-on packs The Signal and The Writer – playable on Xbox One via Backward Compatibility.

Alan Wake and its add-on packs will also be included in the Xbox One Special Edition Quantum Break Bundle, which features a 500 GB Cirrus White console with a matching wireless controller, and is available for £319.99 for a limited time.

Chris Hare
A True Tech Geek at Heart, I Started my life of being a Tech Geek at the age of 5 with the BBC Micro. Went on through most of Nintendo stuff and now a Xbox and PlayStation fan. I also leaked the information about the leaked Hotmail passwords story from October 2009 that went World Wide. I Started writing tech articles at the beginning of 2011, most of my articles are about Android phones and Xbox One and PlayStation 4 and other gaming news. When Chris has free time its with the family.
Previous articleNew screen shots of Seasons after Fall coming to PC this year
Next articleReview: Dirt Rally