Feb 11, 2016
Share
Facebook
Twitter
- Advertisement -
Quantum Break has today released a new trailer. Not only that, but the box art reveals that Alan Wake and its DLC, The Signal and The Writer will be included when you buy the game.
This means that you will then own a copy of Alan Wake and its DLC on Xbox 360, which will then of course be playable through backwards compatibility on Xbox One. 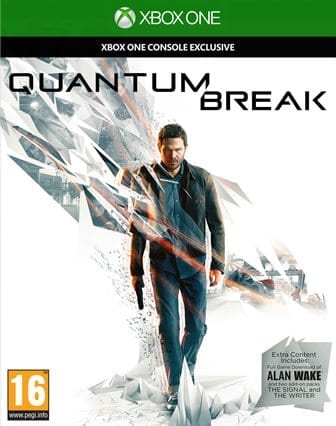 The game has also been confirmed for release on Windows 10, if you pre-order the Quantum Break, you will get the Windows 10 version for free.

Description of the game

In the aftermath of a split second of destruction that fractures time itself, two people find they have changed and gained extraordinary abilities. One of them travels through time and becomes hell-bent on controlling this power. The other uses these new abilities to attempt to defeat him – and fix time before it tears itself irreparably apart. Both face overwhelming odds and make dramatic choices that will determine the shape of the future.

Quantum Break is a unique experience; one part hard-hitting video game, one part thrilling live action show, featuring a stellar cast, including Shawn Ashmore as the hero Jack Joyce, Aidan Gillen as his nemesis Paul Serene and Dominic Monaghan as Jack’s genius brother William. Quantum Break is full of the vivid storytelling, rich characters and dramatic twists Remedy Entertainment are renowned for. Your choices in-game will affect the outcome of this fast-paced fusion between game and show giving the player a completely unique entertainment experience.

Both the Xbox One and the PC version of the game will be released on 5th April.

Here are the PC Specs for the game 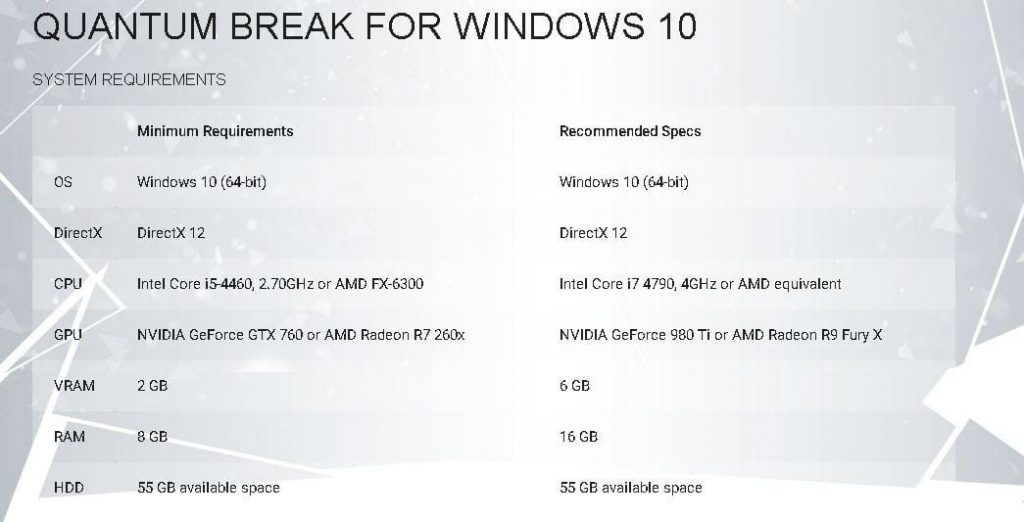 The Xbox One Quantum Break Bundle will also be available with standard black hardware.

Are you looking forward to this game?

Chris Hare
A True Tech Geek at Heart, I Started my life of being a Tech Geek at the age of 5 with the BBC Micro. Went on through most of Nintendo stuff and now a Xbox and PlayStation fan. I also leaked the information about the leaked Hotmail passwords story from October 2009 that went World Wide. I Started writing tech articles at the beginning of 2011, most of my articles are about Android phones and Xbox One and PlayStation 4 and other gaming news. When Chris has free time its with the family.
Previous articleSega announces the SEGA 3D Classics Collection for the 3DS
Next articleReview: Razer Kraken Pro Headset