We’ve got two new dev diaries with all new gameplay for Plants vs Zombies Garden Warfare 2. 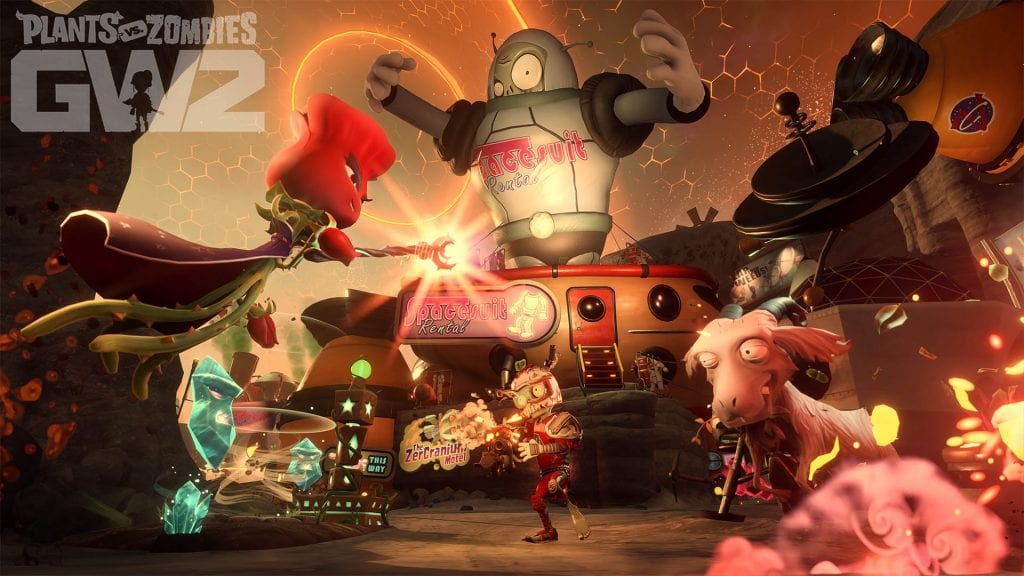 Plants vs. Zombies Garden Warfare 2 reaches new levels of depth and fun. With fresh lawn-inspiring modes featuring plants on the attack, players can go on the offensive as the plants in an all-new 24-player Herbal Assault mode, or rally the zombies together and defend against the plants in the 4-player co-op mode, Graveyard Ops. Garden Warfare 2 also introduces six new character classes including Super Brainz, a zombie super hero who thinks he’s an 80’s action movie star, and Citron, a bounty-hunting orange from the future, for a total of more than 100 playable character variants. Each new character class offers outrageous powers and abilities that will provide an added layer of strategic depth to battles. All this takes place across 12 new immersive maps that are bursting with personality and humor, spanning everything from a Time Travel Theme Park to the final frontier.

And here is the Backyard Battleground Dev Diary:

Plants vs Zombies Garden Warfare 2 will be available February 25th on Xbox One and Playstation 4.

Andrew Edneyhttps://moviesgamesandtech.com
I am the owner and editor of this site. I have been interested in gadgets and tech since I was a little kid. I have also written a number of books on various tech subjects. I also blog for The Huffington Post and for FHM. And I am honoured to be a Microsoft MVP since January 2008 - again this year as an Xbox MVP.
Previous articleStar Wars: Galaxy of Heroes gets updated with The Force Awakens
Next articleIntroducing six new Plants vs Zombies Garden Warfare 2 characters