The show will be broadcast on GHTV channel 1, and feature a one-hour curated block of the most sinister rock songs in GHTV to honour the year’s darkest night. “Halloween Rocks!” will be on daily rotation throughout the weekend, featuring the below tracks: 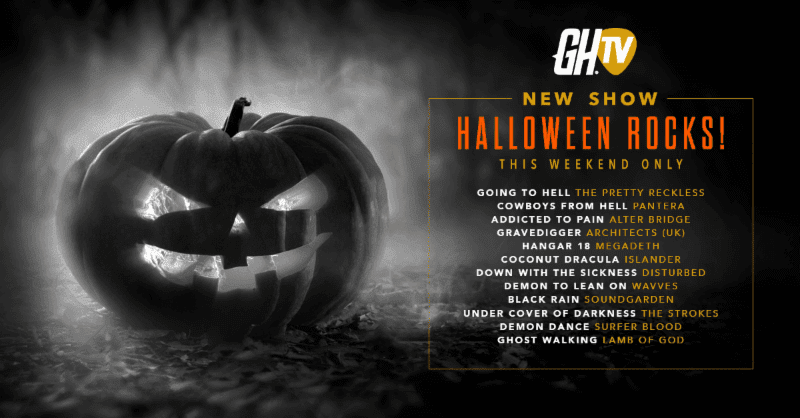 Guitar Hero Live launched with hundreds of songs playable in GHTV, and new music will continually be added at no extra cost, giving fans access to a huge variety of music as the platform continues to grow.

Guitar Hero Live is available now on PlayStation®4 and PlayStation®3, Xbox One, Xbox 360, Wii U™ console as well as iPhone, iPad, and iPod touch.

Chris Hare
A True Tech Geek at Heart, I Started my life of being a Tech Geek at the age of 5 with the BBC Micro. Went on through most of Nintendo stuff and now a Xbox and PlayStation fan. I also leaked the information about the leaked Hotmail passwords story from October 2009 that went World Wide. I Started writing tech articles at the beginning of 2011, most of my articles are about Android phones and Xbox One and PlayStation 4 and other gaming news. When Chris has free time its with the family.
Previous articleFarming Simulator 15 Gold Edition out now
Next articleBattleborn Exclusive Interview with Gearbox Software’s Steve Gibson