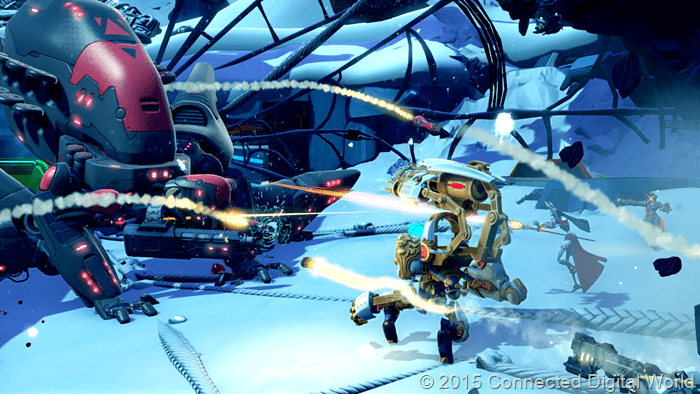 Here are two videos showing of a level from the Story Mode. This one is called The Algorithm. It was captured from the PC version running at 1080p 60fps and had 5 players.

Andrew Edneyhttps://moviesgamesandtech.com
I am the owner and editor of this site. I have been interested in gadgets and tech since I was a little kid. I have also written a number of books on various tech subjects. I also blog for The Huffington Post and for FHM. And I am honoured to be a Microsoft MVP since January 2008 - again this year as an Xbox MVP.
Previous articleMinecraft: Story Mode Episode 2 and retail out this week
Next articleLet’s Play Battleborn Competitive Multiplayer Mode Gameplay : Meltdown