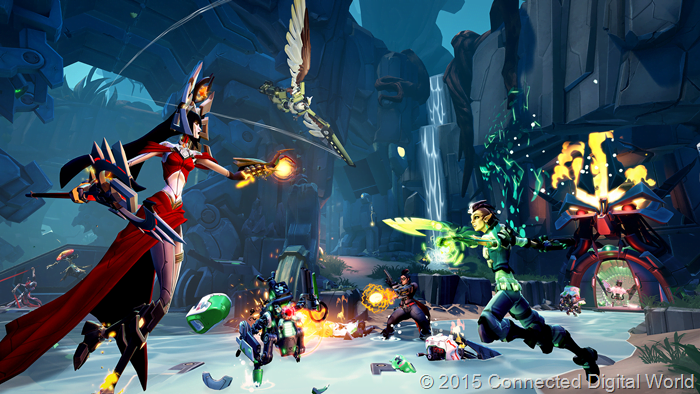 Battleborn’s team-based competitive multiplayer action can be experienced by up to 10 players online in 5v5 matches, and includes three distinct multiplayer modes.

Here are three videos showing of Meltdown on the Paradise Map. Teams of heroes must guide their minions as they march to their death at the center of the map. Points are scored for every minion who throws themselves into the incinerator, and the team with the most points wins.

It was captured from the PC version running at 1080p 60fps and had 5 players.

Andrew Edneyhttps://moviesgamesandtech.com
I am the owner and editor of this site. I have been interested in gadgets and tech since I was a little kid. I have also written a number of books on various tech subjects. I also blog for The Huffington Post and for FHM. And I am honoured to be a Microsoft MVP since January 2008 - again this year as an Xbox MVP.
Previous articleLet’s Play Battleborn Story Mode Gameplay : The Algorithm
Next articleLet’s Play Battleborn Competitive Multiplayer Mode Gameplay : Capture