At E3 I sat down with Michael Kempson from Yager about Dead Island 2. 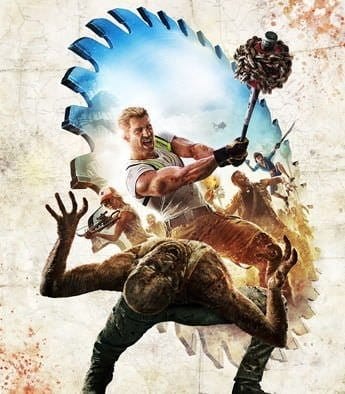 The zombie apocalypse has hit the iconic, sunny realms of California. Building on the strengths of the multi-million best-selling hit Dead Island, Dead Island 2 delivers a shared survival, open-world zombie experience set in a clash of natural beauty and bloody horror and violence: paradise meets hell once again! Developed by award-winning studio Yager, Dead Island 2 is scheduled for release in spring 2015 on Xbox One, PlayStation4 and PC.

Several months after the events on Banoi, the United States  military has put the Golden State under full quarantine. Now a restricted zone, California has become a bloody paradise for those who refuse to leave their homes and an action-packed playground for renegades who seek adventure, glory and a fresh start. Combining the classic Dead Island elements of immersive close combat, action and role-playing, Dead Island 2 features crazy, never-before-seen handcrafted weapons and over-the-top characters in taking players from the iconic Golden Gate to the celebrated beachfront boardwalk of southern California’s Venice Beach.

Developed in Unreal Engine 4, Dead Island 2 brings back its acclaimed, seamless  multiplayer for up to eight players who cooperate, compete or simply coexist in a truly social, new-gen multiplayer experience. Dedicated classes offer a variety of gameplay: From the action-oriented berserker to the stealthy hunter, every character offers a different style of play. An in-depth skill system allows the player to handcraft their own heroes and weapons.

What do you think of Dead Island 2? Let us know by leaving a comment below.

Andrew Edneyhttps://moviesgamesandtech.com
I am the owner and editor of this site. I have been interested in gadgets and tech since I was a little kid. I have also written a number of books on various tech subjects. I also blog for The Huffington Post and for FHM. And I am honoured to be a Microsoft MVP since January 2008 - again this year as an Xbox MVP.
Previous articleThe Winner of our The Art of Watch Dogs book from Titan Books contest
Next articleAlien: Isolation Exclusive Interview with Al Hope at E3