The guys at Crytek have announced their latest upcoming first person shooter with Deep Silver ‘Homefront: The Revolution’. At a recent Koch Media preview event we were shown a presentation for the upcoming game, which I have to admit, blew my mind more than I was expecting. Set years after the events from the first game where America was invaded by Korea, Homefront 2 is now set in the dystopian near future where the KPA ‘Korean People’s Army’ are in control. This now sets the scene with oppression, fighting for survival and the game’s main theme of the revolution.

Now that the scene is set we were then shown the state of Philadelphia where the game plays out. From what we saw America has fallen greatly and Philadelphia is being run by a foe that’s technologically ahead of the state’s inhabitants. This fact alone is something that excites me as a gamer. The idea of rising up against an enemy that’s more advanced than you opens so many opportunities for tactically getting around, new approaches to fighting and forcing you to outsmart the opposing forces to survive. During the presentation the game was explained to “Wage asymmetric warfare for guerrilla tactics” which hones in the point that this shooter will require you to adapt to survive. Exciting. 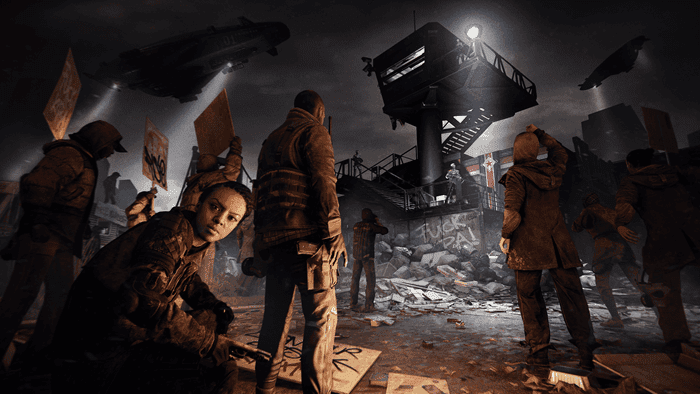 In a nutshell Homefront: The Revolution is a FPS with brains. You will be scavenging for tools to build up your arsenal of potential weapons and gadgets. From watching the playthrough we saw the player having to make decisions to explore to find more tools in dangerous out of the way locations or simply progress without and have a tougher time. The Revolution also had an evolving environment that changed due to what you had done and how the story progressed. This means that venturing through a location that you’ve previously stormed your way through would mean it wouldn’t be the same again. Some cool features that were on show included the Cryengine showing the weather and day light cycle, always impressive to see especially for a game as open and sandbox as Homefront. The traditional Crytek weapon modding interface from their other games was an awesome touch to see once again. For anyone that hasn’t seen this before like in the Crysis games, the player will hold out the weapon in front of them and by selecting the parts of the weapon they want to modify you can add or remove the weapon’s barrel all on the fly. 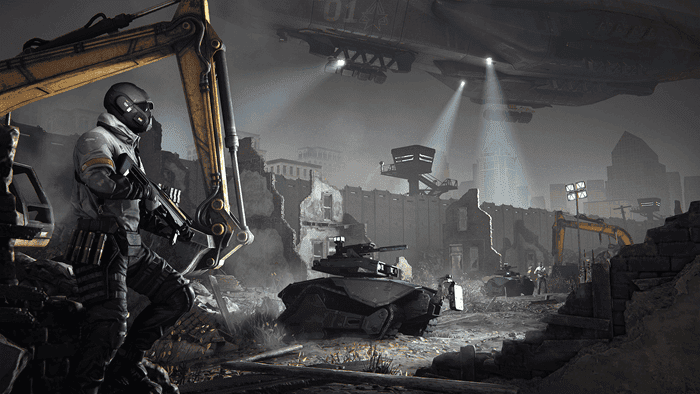 During the gameplay we watched the presenter play through a level that began in a Molotov cocktail resistance workshop. After stocking up they began to proceed through the streets and back passages to keep out of the KPA’s field of view, which included making some distractions and shooting security cameras. After snatching as many resources from an abandoned shop the player proceeded to an outpost that had civilians locked up inside that was heavily guarded. The game’s phone camera then came into play allowing the player to target multiple enemies to keep track on their whereabouts within the area. Then something pretty amazing happened. 2 more players joined into the session making Homefront: The Revolution a co-op game, up to 4 players too. The uninterrupted joining of cooperative teammates was then followed up with the modifying of an RC car that the player strapped explosives onto. Whilst the others players stayed out of harms way and prepared for an assault, the RC car, being controlled by the phone, was driven in first person view towards the guarded facility and snuck into the front gate driving underneath with a military truck. It proceeded to drive up to the holding cells and exploded causing a firefight on the streets. As the prisoners ran to safety the player and the other co-op players fought for their lives taking down the KPA in various outflanking ways. Whilst the enemies focused in one direction the player was able to sneak up behind and kill them from behind. The player left the firefight in the hands of the co-op partners and made an escape which rounded up the level on show, and it left me wanting more. 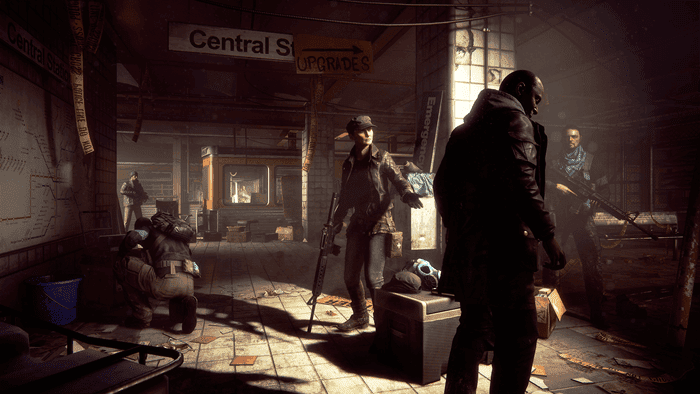 I’m pretty impressed with the preview that I saw and it hurt me that I couldn’t try it myself. Set to be released in 2015 Homefront: The Resistance is being released for the Xbox One, PS4 and PC. We’re pretty excited to see more from this game and it’ll be on show at this year’s E3 expo.