One of the most highly anticipated video games of 2014, Titanfall, is set to be transformed from onscreen play into the world of building sets with new licensed building toys by K’NEX. 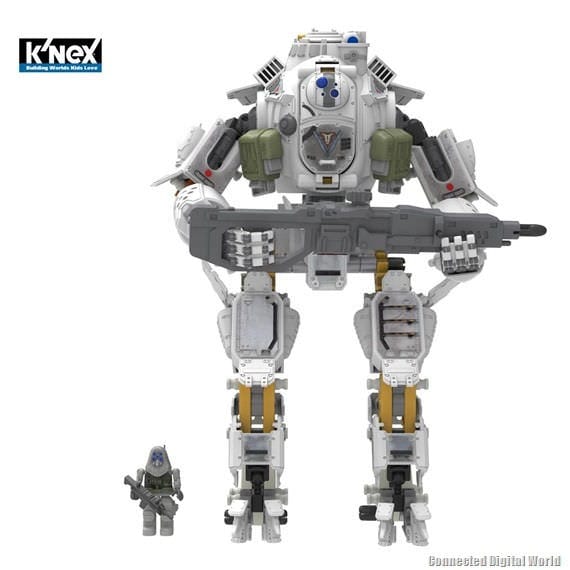 The new range will launch in the UK in autumn 2014, but visitors to the London Toy Fair gained an advanced sneak peek of the collection. 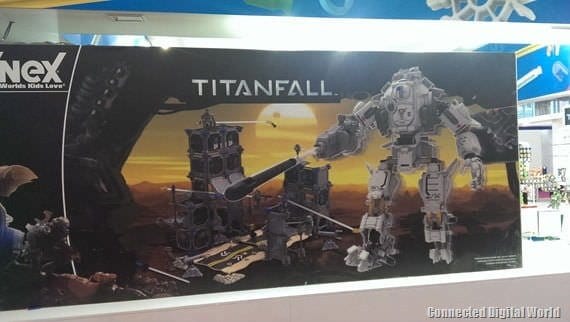 The K’NEX Titanfall Building Sets come as a result of an agreement between Respawn Entertainment, creator of the game which is set to release on March 11, 2014, and K’NEX. The relationship combines the award-winning K’NEX building system with the Titanfall World, bringing it from the digital screen to the construction aisle for the first time. With over 80 prestigious gaming awards earned before the game’s launch, Titanfall is full of exciting, explosive and thrilling action, and appeals to gamers of all ages. Titanfall will be available on Xbox 360, Xbox One, and PC.

Sets in the collection by K’NEX will include popular characters such as Pilots, multiple Titans, Spectres and other key themes from the video game. Designed for builders ages 8+, the building sets will bring the fun of the game to life, and expand its appeal through a rewarding, age-appropriate K’NEX building experience.

Having seen some of the sets today, I think they are going to do very well!

Andrew Edneyhttps://moviesgamesandtech.com
I am the owner and editor of this site. I have been interested in gadgets and tech since I was a little kid. I have also written a number of books on various tech subjects. I also blog for The Huffington Post and for FHM. And I am honoured to be a Microsoft MVP since January 2008 - again this year as an Xbox MVP.
Previous articleActivision release Call of Duty: Ghosts Onslaught Trailer CODnapped
Next articleLego Announces Guardians of the Galaxy Playsets at Toy Fair 2014