Warner Bros will be releasing Batman: Arkham Origins tomrorow and I recently had the chance to sit down with Troy Baker who voices The Joker and Batman himself, Roger Craig Smith. 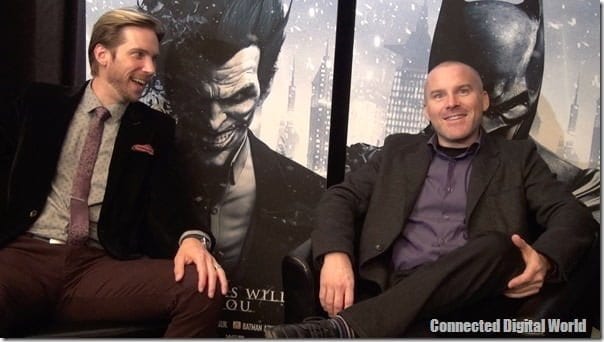 Batman: Arkham Origins is the next instalment in the blockbuster Batman: Arkham videogame franchise. Developed by WB Games Montréal, the game features an expanded Gotham City and introduces an original prequel storyline set several years before the events of Batman: Arkham Asylum and Batman: Arkham City, the first two critically acclaimed games of the franchise.  Taking place before the rise of Gotham City’s most dangerous criminals, the game showcases a young, unrefined Batman as he faces the defining moment of his early career and sets his path to becoming the Dark Knight.

So over to Troy and Roger: 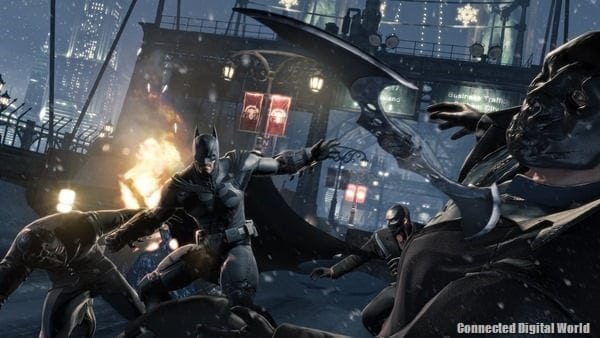 Are you going to buy Batman: Arkham Origins? Let us know by leaving a comment below.

Andrew Edneyhttps://moviesgamesandtech.com
I am the owner and editor of this site. I have been interested in gadgets and tech since I was a little kid. I have also written a number of books on various tech subjects. I also blog for The Huffington Post and for FHM. And I am honoured to be a Microsoft MVP since January 2008 - again this year as an Xbox MVP.
Previous articleInstalling VMware Tools on Linux Virtual Machines
Next articleXbox Music app for iOS gets updated to version 1.3.31015