How to Protect Your Smartphone or Tablet from Hackers

Consider yourself warned: cyber criminals have waged a war against the world’s most popular smartphones and tablets. We have a guest post from Jessica Oaks telling you how to protect yours. 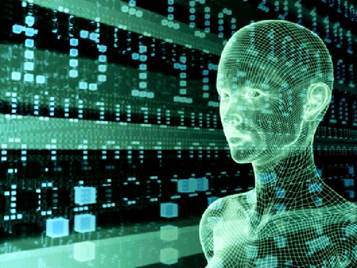 According to a recent CBS News story, McAfee reported a 600-percent increase in mobile malicious software (also known as malware) threats from 2011 to 2012. Mobile security experts now estimate that as many as 50 percent of smartphones are infected with some sort of malware.

One virus records a user’s login credentials, such as bank information, and can use the information to access personal and corporate bank accounts.

Part of the appeal to hackers is that consumers now use their 2013 AT&T, Sprint, Verizon and T-Mobile cell phones and tablets for both personal and business reasons. Lookout Mobile Security, a San Francisco-based smartphone security company, claims that as the mobile industry grows, so does the threat of fraud.

Staying Safe: The Do’s and Don’ts

Mobile security experts are spreading the word about protecting your cell phone and tablet from the threat of malware. Here are some of their do’s and don’ts:

Don’t click on any suspicious links or visit any dubious websites from your smartphone or tablet, as these are easy ways for hackers to get into your phone.

Do be judicious when it comes to the apps you download, because hackers commonly imbed malware in apps. Steer clear of any free versions of apps that typically charge — for example, the free version of Angry Birds or Words with Friends — as there is a chance that malware could lurk inside the code of the app.

Do download updates for your apps and your smartphone or tablet operating system.

Don’t respond to a text claiming to be from your service provider, asking permission to reconfigure your phone or tablet settings due to a network outage or similar reason. This is a common ruse for hackers to attack your phone. Instead, contact your provider to check the legitimacy of the text message.

Do keep a close eye on your monthly bill. Watch for unexplained increases in texts and airtime, as well as unexplained charges. Get in touch with your provider immediately to sort out any suspicious activity.

Don’t make purchases or bank transactions through public Wi-Fi (stick to 3G when possible). When you log in to a public Wi-Fi network, someone could be watching to steal your login or bank account information.

Do try to read the permissions apps require before you download them. Keep an eye out for anything fishy (e.g., an app asking permission to make phone calls or record your whereabouts). Note: Apple does not release these permissions for public viewing, as they claim they vet their apps themselves.

Do change your SIM card, which digitally identifies you and your phone, on a regular basis. It can take awhile for the cell registry to link you with a new SIM card, making it harder for hackers to target you. This strategy only works on AT&T and T-Mobile phones.

Andrew Edneyhttp://moviesgamesandtech.com
I am the owner and editor of this site. I have been interested in gadgets and tech since I was a little kid. I have also written a number of books on various tech subjects. I also blog for The Huffington Post and for FHM. And I am honoured to be a Microsoft MVP since January 2008 - again this year as an Xbox MVP.
Previous articleBethesda release extended gameplay video for The Evil Within
Next articleGet Ready to Rock the Mic with Wii Karaoke U By Joysound