Saints Row IV EXCLUSIVE Gameplay of Some of the Cars 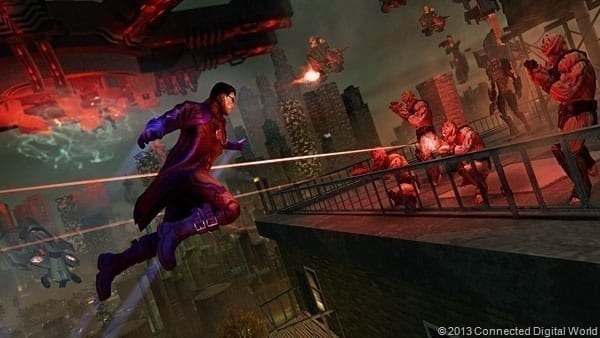 Later this month Deep Silver and Volition will be releasing Saints Row IV, and we have some exclusive never before seen gameplay footage for you.

While everyone is waiting for Part 8 of our Let’s Play series, here is some gameplay footage with various cars, including a police car and an alien craft!

And did you see we got to play with the real Dubstep Gun:

Andrew Edneyhttps://moviesgamesandtech.com
I am the owner and editor of this site. I have been interested in gadgets and tech since I was a little kid. I have also written a number of books on various tech subjects. I also blog for The Huffington Post and for FHM. And I am honoured to be a Microsoft MVP since January 2008 - again this year as an Xbox MVP.
Previous articleSkylanders Swap Force Dark Exclusive Starter Pack Revealed
Next articleSaints Row IV EXCLUSIVE Gameplay of the first side quests