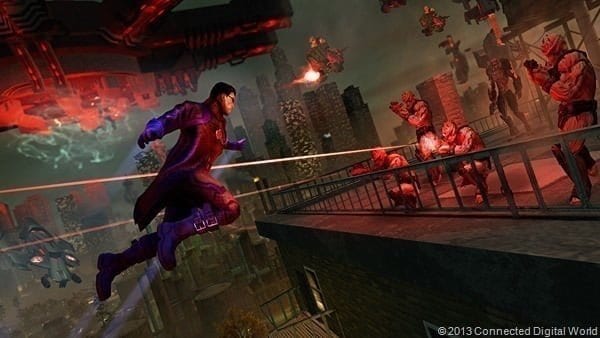 Today Deep Silver and Volition release the second of the Developer Diaries for Saints Row IV!

This week’s exclusive “behind the scenes” video will center on the story and the endless possibilities inside the game. Jim Boone, Senior Producer, Steve Jaros, Creative Director and Chris Claflin, Lighting Lead, from Volition and two actors Terry Crews (voice of Ben King) and Troy Baker (default player voice) share their thoughts on how the virtual world of Steelport allowed them to cross even more boundaries than before.

And take a look at some new gameplay below:

And did you see we got to play with the real Dubstep Gun:

Andrew Edneyhttps://moviesgamesandtech.com
I am the owner and editor of this site. I have been interested in gadgets and tech since I was a little kid. I have also written a number of books on various tech subjects. I also blog for The Huffington Post and for FHM. And I am honoured to be a Microsoft MVP since January 2008 - again this year as an Xbox MVP.
Previous articleThe Bureau : XCOM Declassified Aftermath
Next articleMega Evolution Will Transform Pokémon Battles in Pokémon X and Y