pple’s forthcoming iOS 7 interface will be “very, very flat” and will step away from its current gloss and shine approach, it has been reported.

Several sources who claim to have seen the latest update described a more simplistic design for the operating system, with one even comparing it to Windows Phone, according to 9to5Mac. 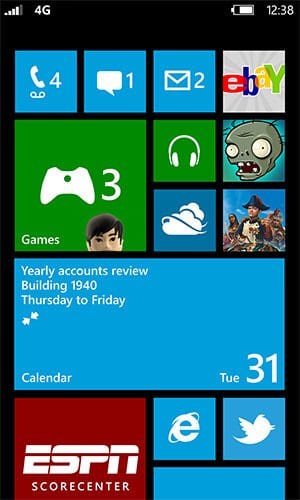 If true, the significant changes could be a difficult transformation for iPhone users, who are accustomed to the current iOS design, which has remained relatively similar since its inception.

An interface redesign for iOS has been widely speculated since Jonathan Ive took control as head of the new human interface (HI) department in October 2012 – he is said to be against “flashy”.

The move would mark a shift away from the iOS’s design to a simplistic look, which could mean a downscale of heavy textures, glossiness and real-life digital elements such as the yellow notepad.

Other significant changes thought to be coming to the OS include new-look icons for Apple’s native apps, as well as redesigned tool bars and tab bars. It is also reported that Apple has been testing adding ‘glance-able’ information and system option panels, like Notification Center. One early idea for implementing the new panels is said to be through left and right side swipes.

Despite the changes, sources highlighted that it would not be more difficult to use than previous versions as the core apps and the system would still function the same.

A date for the release of iOS 7 has not been set, but it is due to be revealed at WWDC in June, which could signal a release as early as Autumn.

Chris Hare
A True Tech Geek at Heart, I Started my life of being a Tech Geek at the age of 5 with the BBC Micro. Went on through most of Nintendo stuff and now a Xbox and PlayStation fan. I also leaked the information about the leaked Hotmail passwords story from October 2009 that went World Wide. I Started writing tech articles at the beginning of 2011, most of my articles are about Android phones and Xbox One and PlayStation 4 and other gaming news. When Chris has free time its with the family.
Previous articleIs Respawn Entertainment First Title a Xbox 720 Exclusive?
Next articleEE Brings 4G to More UK Towns