They say there’s no freedom like the open road, and no bigger bard-asses than bikers. Deep Silver is proud to take gamers deep into a world of bare-knuckle violence, seedy strip clubs, and rip-roaring motorcycles with the Ride to Hell universe, revving into homes in June 2013. 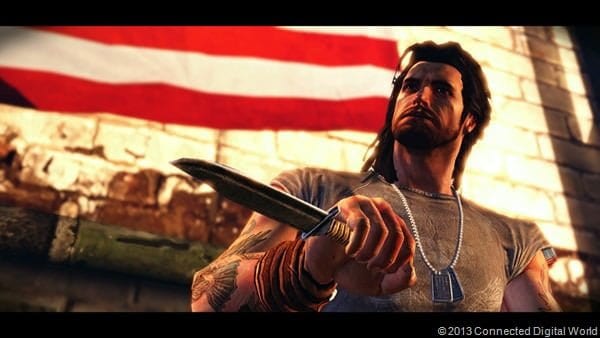 Ride to Hell: Retribution tells the story of a lone rider, Jake Conway, a man with either a gun in his hand or a girl on his lap (and on more than one occasion both!). He’s on a merciless path of revenge against a brutal biker gang called The Devil’s Hand, armed to the teeth with an arsenal of deadly weapons to enact his vengeance on foot and on bike. The only law Jake answers to is his own.  Hit hard, ride fast and leave ’em in the dust fromJune 2013 for the Xbox 360, Windows PC, and PlayStation 3. 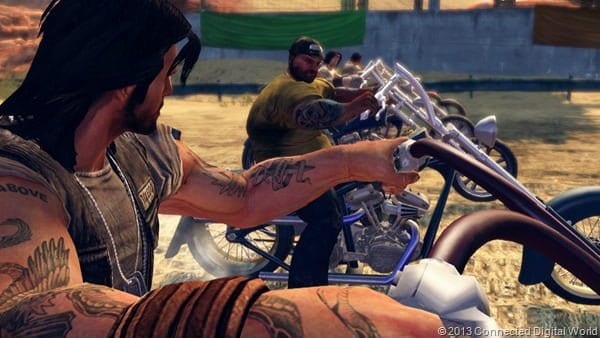 Looking to lead your own pack of fearsome bikers? Ride to Hell: Route 666 is just for you, taking the player on a journey to conquer legendary Route 66. Players will recruit and lead a gang of bikers from Chicago to Los Angeles, fighting for every mile of the road using both brains and brawn. Fast paced arcade combat combined with easy to understand tactics – anyone who understands team sports will be able to dive right in to commanding their gang. Get ready to rule the road with Ride to Hell: Route 666 in June 2013 on the PlayStation Store, Xbox LIVE Arcade for Xbox 360 and Steam. 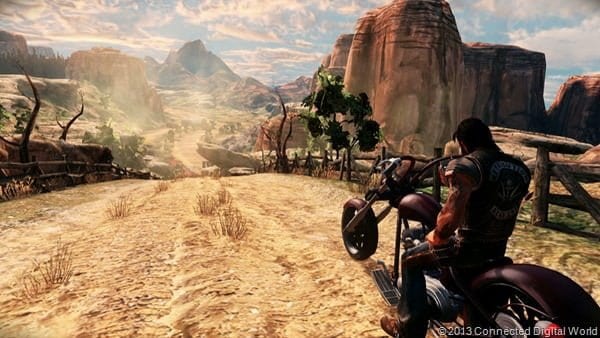 Last, but certainly not least, the Ride to Hell universe will be rounded out with Ride to Hell: Beatdown, a rock’n’roll brawler set to light up the mobile space, on the go! More details on this title will follow soon.

And here is the trailer:

Ride to Hell : Retribution is developed by Eutechnyx, Ride to Hell: Route 666 by Black Forest Games.

For more information about the Ride to Hell universe, please visit www.Ridetohell.com.

Andrew Edneyhttps://moviesgamesandtech.com
I am the owner and editor of this site. I have been interested in gadgets and tech since I was a little kid. I have also written a number of books on various tech subjects. I also blog for The Huffington Post and for FHM. And I am honoured to be a Microsoft MVP since January 2008 - again this year as an Xbox MVP.
Previous articleWuala Updates App, Rolls Out Video Streaming for New LaCie NAS Units
Next articleTOMB RAIDER Scaling the Ziggurat video