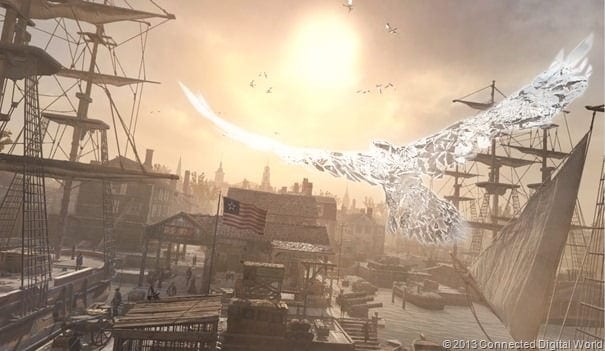 This three-part single-player experience will let gamers discover an alternate history of the events following the American Revolution where George Washington succumbs to the temptation of infinite power and crown himself king.

In the second episode of the Tyranny of King Washington series, our hero, Ratonhnhaké:ton, awakens in a jail cell after being captured at the end of episode one. The Betrayal will take gamers through the next step of the journey to dethrone King Washington. 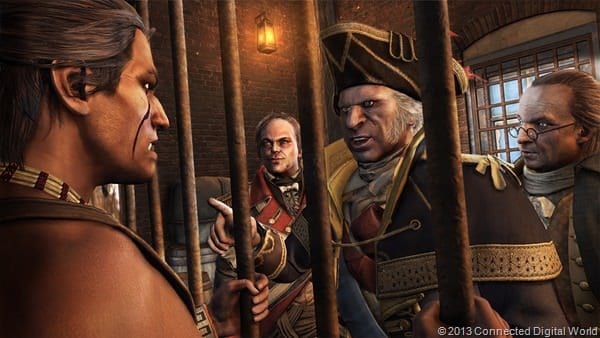 And that is how part two starts – from then on it’s classic Assassin’s Creed III gameplay – going from mission to mission, fighting, killing, rescuing and getting that bit closer to the Mad King. There are even some board games to play and a horse to kidnap and a bar room brawl!

One thing that is new to this DLC is that each episode will give Ratonhnhaké:ton a new ability which will help him throughout all the parts of the story and transform the gameplay into something new. In order to receive each new ability, Ratonhnhaké:ton has to visit the Sky World and complete a task and upon successful completion he will receive his new ability. 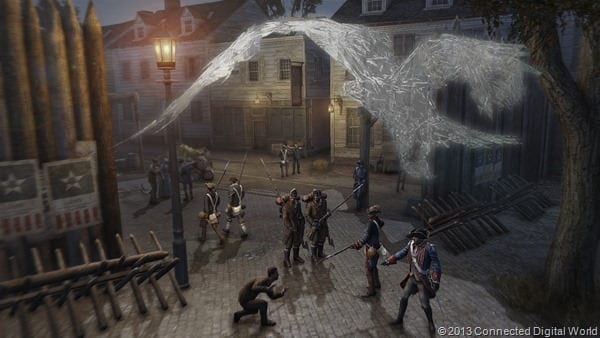 In The Betrayal, the new ability is called Eagle Power and this gives him the power of flight. There is a lot terrain to cover in this episode and so Eagle Power proves invaluable. However as before, it does come with a price – while it is being used your health will slowly reduce.

The great thing is that you can use this new ability with the power of the Wolf Cloak ability you obtained in episode one.

You can also perform assassinations using Eagle Power and they can be quite satisfying!

Unfortunately you can’t just fly anywhere, there are only certain points you can fly to, and sometimes in order to fly to the next point you may have to go via a different point to get there. 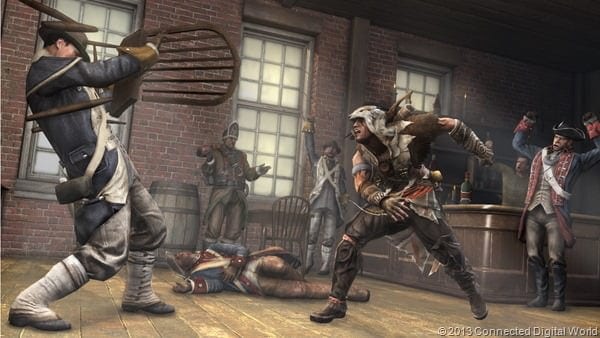 If you play a lot of Assassin’s Creed III, then the first thing you will probably notice, other than the fact Connor isn’t Connor, is that the art style is much grittier and darker. This is used very well to show how different this “reality” is, and added to that the music for this part is amazing, and really adds to the atmosphere. Once again the music is composed by Lorne Balfe and he has done a wonderful job.

The addition of the new abilities really adds to the game – and with each part you get a new ability and you will be able to use them together. And I am really pleased with how Ubisoft handled this new timeline – they could have just taken Connor and put him in this new timeline without any thought for the Assassin’s Creed story, but they have really given it a lot of thought and I am pleased with the outcome. 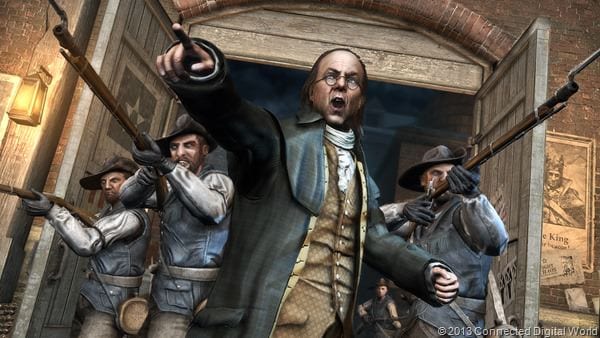 The Betrayal will take you somewhere between two hours and three hours to finish, depending on how many of the optional mission elements you decide to do, with the all three parts taking around 7 and a half hours. Episode 2 feels a lot more “open world” than episode one did. It is important to remember that even though it is split into three episodes, it’s really one 7 and a hour story, so keep that in mind when you consider buying it. The Redemption, which is episode 3 will be available April 23rd.

I have tried to steer clear of giving too much of the storyline away because I don’t want to ruin it for anyone – I really enjoyed this part, although I have to admit that there were some frustrating sections at times, for example there are a couple of times you have to quickly blend into a room and one more than one occasion I had only just entered the room and was told I was too slow. And when I mean just entered, I mean literally had the image on the screen appear then disappear telling me I was too slow, but that doesn’t detract from the enjoyment at all, and I can’t wait to play the other parts to see how the story progresses.

If you are a fan of Assassin’s Creed III, then this is a must have addition, with the only frustration being that you have to wait for the next part once you get to the end of this one.

Assassin’s Creed III – The Tyranny of King Washington: The Betrayal is available today.

And you can watch our exclusive Interview with Marc-Alexis Cote.

Andrew Edneyhttps://moviesgamesandtech.com
I am the owner and editor of this site. I have been interested in gadgets and tech since I was a little kid. I have also written a number of books on various tech subjects. I also blog for The Huffington Post and for FHM. And I am honoured to be a Microsoft MVP since January 2008 - again this year as an Xbox MVP.
Previous articleApp Update: Facebook for iOS now at version 5.6 with cover photo changing
Next articleMicrosoft releases Skype for Windows Phone 8 Preview 2.4.0.108

https://www.youtube.com/watch?v=hej6WwART3U I only became aware of HighFleet’s existence very recently, thanks to the reappearance of MicroProse. However, I’ve actually played the developer’s previous game, Hammerfight,...

Song of Farca is a morally grey detective game...
Gaming

Super Magbot is a challenging 2D platformer with one...