Sony has confirmed that its new Xperia Z ultra-thin tablet will be released in international markets in the second quarter of 2013.

Just like the Xperia Z phone, the tablet of the same name is claimed to be waterproof – making it “immune to accidental spills and splashes” – and also dust proof. 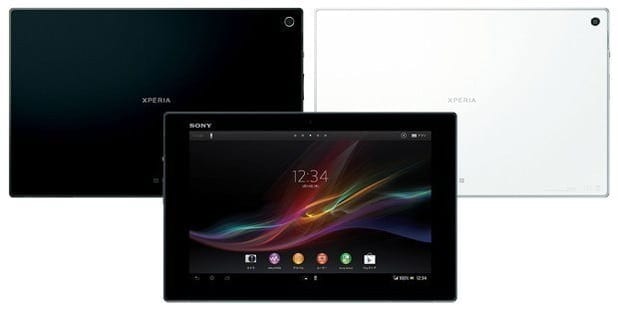 The tablet has a 10.1-inch HD display (1920×1200) with high brightness and high  definition video WUXGA technology, along with Sony’s Mobile Bravia Engine 2 for  boosting the image content and contrasts.

Running Android 4.1 Jelly  Bean, the Xperia Z tablet is powered by a 1.5Ghz quad-core processor and has an  8.1 million pixel camera on the rear, equipped with a CMOS sensor Exmor R for  the first time in a Sony tablet.

Sony says that the camera performs  better in low-light conditions, and automatically adjusts to the optimal  settings.

This all comes in a tablet that weighs 495g, but is just 6.9 millimetres thick –  beating the iPad  Mini’s 7.2mm, believed to be the previous thinnest tablet on the commercial  market.

“Xperia Tablet Z reinforces our intention  to be a leading player in the premium Android device market, by building on the  principles established by Xperia Z and perfectly optimising them for the tablet  form factor.”

Sony says that it has fitted the slate with “S-Force Front Surround 3D”, a new  technology that gives the user ‘virtual surround sound’ from the speakers.

Available in either black, white or red, the Xperia Z will launch in the  first Sony stores on March 1, and then roll out globally in the second quarter  of 2013. 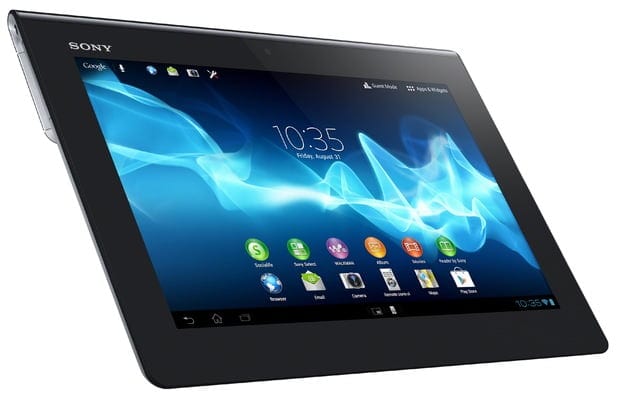 The Xperia Z tablet will  launch on Android 4.1, but upgrade to 4.2 afterwards.
[youtube http://www.youtube.com/watch?v=0OwzkDk5IXg?feature=player_detailpage]

Chris Hare
A True Tech Geek at Heart, I Started my life of being a Tech Geek at the age of 5 with the BBC Micro. Went on through most of Nintendo stuff and now a Xbox and PlayStation fan. I also leaked the information about the leaked Hotmail passwords story from October 2009 that went World Wide. I Started writing tech articles at the beginning of 2011, most of my articles are about Android phones and Xbox One and PlayStation 4 and other gaming news. When Chris has free time its with the family.
Previous articleNokia Lumia 720 Shown at MWC 2013
Next articleBattlefield 4 Confirmed as Next Gen Release

Here is are review of the new Garmin Dash Cam 67W.
Gadgets

Here is our review of the Gioteck AC2 Ammo Clip Charging Dock for PS5.
Digital Home