Today, Warner Bros. Interactive Entertainment and DC Entertainment reveal the third round of challengers set to clash in this week’s Injustice Battle Arena. 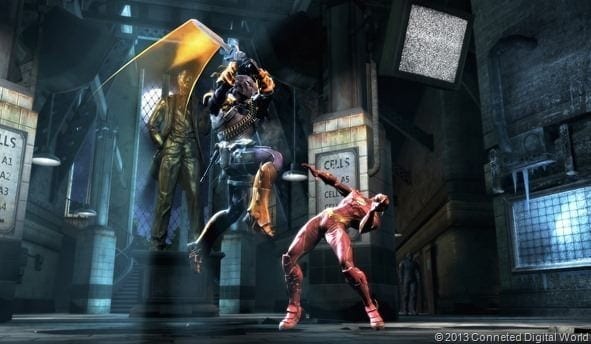 This week’s pair of matches pit clever, gadget-laden specialists against brute force challengers, as the cunning Aquaman summons the powers of the deep to take on tech-heavy Cyborg, while intergalactic-traveling Green Lantern faces off against the brutish undead strength of Solomon Grundy.

Below if the latest Injustice Battle Arena videos, analyzing each contender’s strengths, offering celebrity commentary on the matches, and posing the question – who would win?

To cast your vote , visit: http://ema.io/MzAz

The victors of these two legendary matchups will be announced this Friday, with two new gameplay videos featuring the winning contenders.

Set in a world where the lines between good and evil are blurred, players will experience heroes and villains engaging in epic battles on a massive scale.

For more information on the game, visit www.injustice.com.

Andrew Edneyhttps://moviesgamesandtech.com
I am the owner and editor of this site. I have been interested in gadgets and tech since I was a little kid. I have also written a number of books on various tech subjects. I also blog for The Huffington Post and for FHM. And I am honoured to be a Microsoft MVP since January 2008 - again this year as an Xbox MVP.
Previous articleReport Playstation 4 to Cost £300 at Launch
Next articleOutlook.com reaches 60 million users and comes out of preview