Is This The Next Xbox Spec Sheet?

Microsoft’s next Xbox system specs have allegedly been leaked by website vgleaks.com.

According to the leak, the next Xbox features an AMD-made eight-core CPU running at 1.6GHz and built on x64 architecture. This is coupled with 8GB DDR3 RAM and 32MB of faster embedded SRAM. 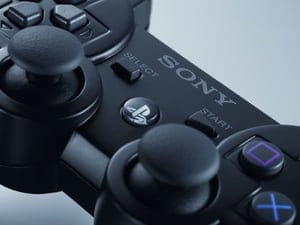 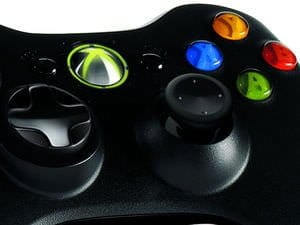 The 32MB of ESRAM is significant for its transfer speed, a reported 102 GB per  second. Working in parallel with the DDR3 RAM, the leak claims a peak memory  bandwidth for the GPU of 170 GB per second.

If confirmed, it also marks  a change from the current Xbox 360’s 10MB of eDRAM, which is built into the  system’s GPU. According to the leak, the 32MB of ESRAM will interface with the  GPU but will actually be a separate part, potentially allowing other aspects of  the system to access its memory if needed.

The GPU is said to be a custom  D3D 11.1 processor at 800MHz. It allegedly has 12 shader cores, offering peak  performance of 1.2 trillion floating-point operations per second.

For the  system’s other hardware, it will have a built-in non-removable hard drive and a  6x Blu-ray drive to take 50GB discs. In terms of ports, it will have HDMI out,  USB 3.0, Kinect port, gigabit ethernet, wi-fi and a sata 2.0 port for an  external hard drive. Interestingly, an HDMI in port is also listed, suggesting  possible DVR functionality.

All of the leaked specs are consistent with what developers were saying at CES  when claiming that the PlayStation  4, codenamed Orbis, will be 50 percent more powerful than the next  Xbox.

Recently it was also rumoured that the new Xbox, with the  codename Durango, will feature Skype  at the core of the system, replacing Xbox Live’s voice and video chat  services.

Both consoles are expected to be announced  in March for a late 2013 release.

Sony and Microsoft are yet to  officially confirm any specific details of their future consoles.

Chris Hare
A True Tech Geek at Heart, I Started my life of being a Tech Geek at the age of 5 with the BBC Micro. Went on through most of Nintendo stuff and now a Xbox and PlayStation fan. I also leaked the information about the leaked Hotmail passwords story from October 2009 that went World Wide. I Started writing tech articles at the beginning of 2011, most of my articles are about Android phones and Xbox One and PlayStation 4 and other gaming news. When Chris has free time its with the family.
Previous articleReview of PlayStation All-Stars Battle Royale by Sony Computer Entertainment
Next articleTwo Minute Review: iCrado Pro Stand for Galaxy S3

Danger Scavenger is a twin-stick shooter, one which heavily...
Read more
News

Launching itself into the world of 3D, SNK's King...
Read more
Reviews

A platform adventure game where you must bend time to help you right the wrongs of the past.
Read more
Reviews

Rivalling N++ for the crown of worst video game title of all time comes Injection π23 'No Name, No Number', a survival-horror game that pulls no punches with its painstakingly difficult puzzles and a terrifying soundtrack in a homage to the Silent Hills and Resident Evils of old.
Read more