Run Windows on your Mac

As someone who made the switch from having a Windows machine to a Mac as my main computer, I am particularly excited by the release for purchase today of Parallels Desktop 8. It has been available as an upgrade for Desktop 7 owners since last week, and you can now buy the full version.

What is Parallels Desktop? It allows you to run the Windows operating system and Windows applications on your OSX Mac seamlessly. There’s a lot more to it than that, but if you currently use a Mac and a PC, or you’re running BootCamp to use the two operating systems, you need Parallels Desktop. Really, you do. It lets you run a Windows instance as a window so it looks like a Windows desktop, or, more impressively, you can run Windows applications so that they look like they’re running natively in OSX without the Windows desktop anywhere in sight via Coherence Mode.

If there are one or two applications that you keep going back to Windows for, even if you’d like to be 100% OSX, then Parallels Desktop will let you get 99% of the way there.

The Windows instance (or indeed Mac, as you can run another Mac instance on your Mac as well) exists as a virtual machines, which means that it thinks it’s running on real hardware, when it’s actually running on top of OSX. This means you can easily start, stop and suspend the VM (analogous to pausing a video), without the hassle of shutting down a real PC machine. When you unsuspend the VM, it appears exactly as you left it.

That really doesn’t do the software justice as it’s full of features. You can read more about it on Parallels’ own website.

The main feature is of course that Desktop 8 makes Windows 8 play nicely with OSX Mountain Lion. It still runs Windows 7, of course, so there’s no need to wait until Windows 8 is fully released to get Desktop 8. There are lots more new and enhanced features delivered in Desktop 8 – here’s the lowdown from the Parallels blog:

This version of Parallels Desktop 8 for Mac includes the following new features and enhancements:

Usability
– A new Presentation mode lets you connect an external display and start showing a presentation from a guest OS application with just one click.
– Full Screen view mode now lets you see the host and guest OSs at the same time when using two or more displays.
– View detailed information about how much disk space is taken by virtual machines, snapshots, and other Parallels Desktop files, with one-click ability to free up disk space.
– When in window mode, the mouse pointer sticks to the virtual machine windows’ edges to make it easy to access things like the Start menu in Windows 8, the taskbar (if hidden) in Windows XP, and the menu bar in OS X.
– In Coherence mode, the Mac keyboard menu bar icon indicates the Mac and Windows input language.
– Caps Lock and Input Language indicators make it easier to enter your passwords in Parallels Desktop.
– Merging the Windows Recycle Bin and the OS X Trash lets you empty just one to delete files from both. And if you Restore or Put Back a file from one, it is removed from the other.
– Easily check your virtual machine CPU and memory consumption.
– In Mission Control, all windows are grouped by application.
– Support for recent list for virtual machines in Mission Control.
– When you connect a USB drive, it appears in the guest OS as a USB drive instead of a shared folder.
– When shared, the Mac hard disk appears in the guest OS as a hard disk instead of a shared folder.
– Install Parallels Desktop more easily than ever before by simply double-clicking the Install icon. Parallels Desktop does the rest.
– Right-click the window of a shut down, suspended, or paused virtual machine for a menu that lets you find the virtual machine in the Finder, open configuration settings, and more.
– Easily distinguish your virtual machines in the Finder by icons that look like those of their guest OSs.
– Press and hold down the Option (Alt) key to display additional options in the Parallels menu in Crystal view mode.
– Switch your virtual machines to Coherence or Full Screen view mode with one click using the buttons in the title bar of the virtual machine window.
– New, more intuitive design to create or customize keyboard shortcuts for your virtual machines.
– Create your own keyboard shortcuts in OS X System Preferences to work with Parallels Desktop.

Integration
– Drag a file to a guest OS email application icon in the Dock to create a new message in that application with the file attached.
– Easily save and send files created in Windows Microsoft Office applications using your OS X email application.
– Drag and drop files between Windows virtual machines.
– Drag and drop files between Linux virtual machines and your Mac.
– Open the current Safari page in Internet Explorer with one click.
– Copy and paste text and images between the guest and host versions of OS X.
– Use OS X as a guest operating system in Coherence mode.
– Use OS X keyboard shortcuts to work with OS X virtual machines.
– Easily download and install Android from within Parallels Desktop.

Devices
– Send files to Bluetooth devices from Windows virtual machines.
– When a USB mouse is connected directly to Windows, the mouse pointer now consistently moves smoothly and is always visible.

The star features for me are the easy install, which I can vouch for, as well as the support for using OSX Dictation in Windows applications. As a gamer, I’m also excited by the graphics performance improvements. If you haven’t got it, get it! 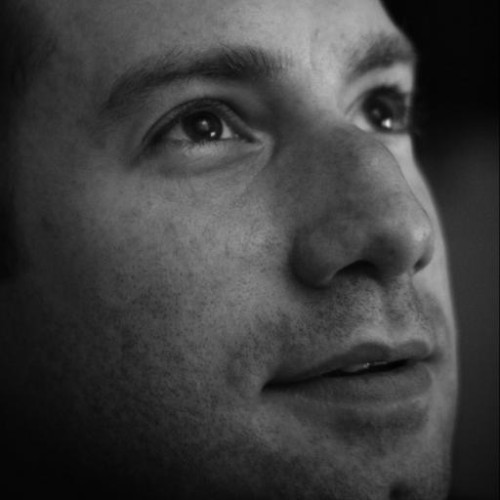 A phenomenal desk for your home or your office.
Reviews