Next 7 tracks for We Sing 80s game revealed, including Cyndi Lauper

Following the success of We Sing Pop!, and the reveal of the first 7 tracks for We Sing 80’s , here are the next 7 tracks. 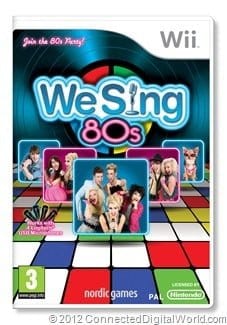 The 80s will be remembered for many things – big hair, fluorescent socks and Cabbage Patch Kids, to name but three – but perhaps its most famous export is the music.

Fans of the decade which gave us power ballads, soft rock and some of the most memorable songs ever written are in for a treat this October, as Nordic Games Publishing announces We Sing 80s.

We Sing 80s will feature 30 nostalgic favourites, covering the unforgettable decade’s cult hits and dazzling disco tracks, all of which include the original videos. Each song has its own difficulty rating and can be played in short or full length song modes.

Party mode includes We Sing, Versus, Group Battle, Pass The Mic, First to X, Marathon, Blind and Expert. There’s also Solo mode, which can also be played in Blind and Expert mode. Karaoke mode strips the track of vocals to really challenge players, or those that fancy an authentic karaoke experience.

Other features include Singing Lessons to help singers fine tune their voices and a Jukebox to queue up songs like their own personal music channel.

In-game awards come from playing either single or multiplayer modes, adding further depth and replay value to We Sing 80s. Plus, once a track has been sung, players can replay performances and add cool effects to their voice.

More points come thanks to Star Notes which provides extra points for hitting hard notes and Player Statistics give a detailed breakdown on performance on notes hit and missed with a comment on your performance at the end. 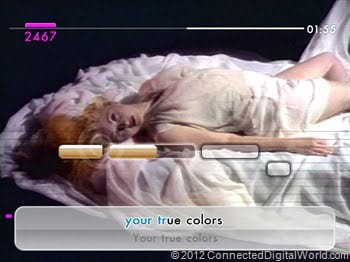 The hugely popular True Colours is known worldwide and rightfully fits on the tracklist for We Sing 80s. Performed by Cyndi Lauper, it spent two weeks in the number one spot on the Billboard Hot 100 and the song received a Grammy Award nomination for Best Female Pop Vocal Performance. 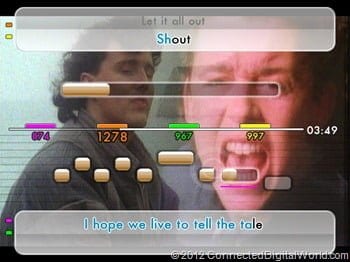 Shout, sung by the British band Tears for Fears, was released in 1984, the heart of the 80s. A synth-rock anthem, Shout would become one of the most successful pop songs of 1985 eventually reaching the Top Ten in 25 countries.

Yazoo released Only You in 1982, featuring its smooth synthesized melody beat that took Only You to as high as number two in the UK charts. The song’s popularity was further increased by being covered the Flying Pickets, which took it to the UK Christmas number one in 1983. 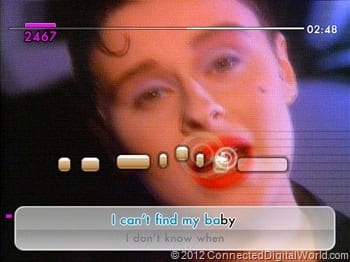 All Around The World was a relatively late release in the 80s, with the title being launched in November 1989. However Lisa Stansfield made this song a hit with All Around The World hitting the top spot for two weeks in a row in the UK and reaching number one in 11 other countries. 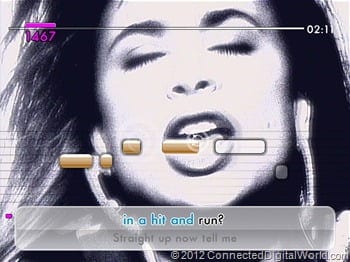 Paula Abdul is a woman of many talents; a singer-song writer, dancer, choreographer, actress and a mainstay in American television reality show The X Factor USA. Paula Abdul will always be remembered for her 1988 hit single Straight Up which reached number one in the Billboard Hot 100. 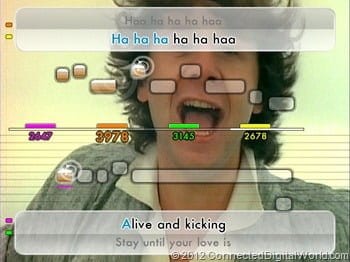 Simple Minds were certainly Alive and Kicking in 1985 with the title making it to number seven in the UK singles chart and hitting the heights of number three in the US Billboard Hot 100, retaining a spot in the top five for four weeks. Alive and Kicking remains a classic today having been used on BSkyB’s FA Premier League trailers. 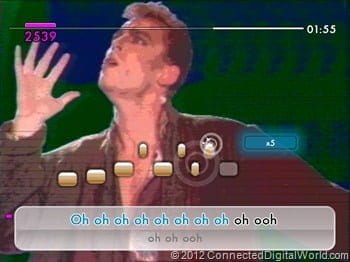 In 1985 Baltimora released its debut single Tarzan Boy and it became an instant hit with its smooth dance beat, dominating charts across Europe. Its great success was in France where it topped the charts for five consecutive weeks. Tarzan boy was so successful it has been covered by many artists over the years.

So that’s the next 7 of the 30 tracks revealed. Back at Gamescom a few weeks ago I got a sneak preview of the rest of the tracks, and even sang one of them, although I can’t say what that song was because it’s not one of the ones above.

Are you going to sing along? Tell us what 80’s tracks you would like to sing to by leaving a comment below.

Andrew Edneyhttps://moviesgamesandtech.com
I am the owner and editor of this site. I have been interested in gadgets and tech since I was a little kid. I have also written a number of books on various tech subjects. I also blog for The Huffington Post and for FHM. And I am honoured to be a Microsoft MVP since January 2008 - again this year as an Xbox MVP.
Previous articleFINAL FANTASY XIV: A Realm Reborn – new trailer, screenshots and concept art released
Next articleSynology Announces Official Release of DiskStation Manager 4.1