Possible delays for Raspberry Pi due to CE compliance

Even though the first 1,950 Raspberry Pi’s are now in the UK, it looks like they can’t be distributed because of a CE compliance issue! 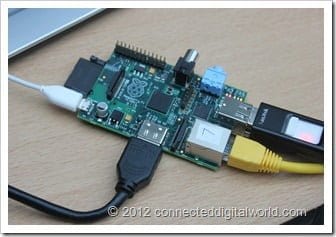 This is what was posted on the blog:

Following on from last week’s discussions, both RS Components and element14/Premier Farnell have now informed us that they are not willing to distribute the Raspberry Pi until it has received the CE mark. While this differs from our view (as we’ve said before, we believe that the uncased Raspberry Pi is not a “finished end product”, and may be distributed on the same terms as Beagleboard and other non-CE-marked platforms), we respect their right to make that decision.

The good news is that our first 2,000 boards arrived in the UK on Monday and that we are working to get them CE marked as soon as is humanly possible, in parallel with bringing the remainder of our initial batch into the country. Pete and Eben have been burning the midnight oil – literally; I only exchanged about three words with Eben yesterday, and those were when he got back in from a long day’s hacking at two in the morning. On the basis of preliminary measurements, we expect emissions from the uncased product to meet category A requirements comfortably without modification, and possibly to meet the more stringent category B requirements which we had originally expected would require a metalised case.

We’re also talking to the Department for Business, Innovation and Skills (BIS), to better understand the terms under which devices like Beagleboard are permitted to ship to domestic end users in the UK, and to obtain a definitive statement as to whether we can distribute on the same terms. We should say the UK Government in general, and BIS in particular, have been incredibly supportive of the project so far; they are looking into this as a matter of urgency, so hopefully we should have another update for you soon. With graphs in. We know you guys love graphs.

All this means that we’re waiting on one of two things – the results of further EMC tests, and whatever BIS comes back to us with – before RS and Farnell can give you any firm delivery dates. We’ll let you know as soon as we do.

Andrew Edneyhttps://moviesgamesandtech.com
I am the owner and editor of this site. I have been interested in gadgets and tech since I was a little kid. I have also written a number of books on various tech subjects. I also blog for The Huffington Post and for FHM. And I am honoured to be a Microsoft MVP since January 2008 - again this year as an Xbox MVP.
Previous articleEuropean online Xtreamer store now open
Next articleGoogle Maps app for Android updated