Microsoft have revealed some information on their forthcoming Kinect for Windows 1.5 release. 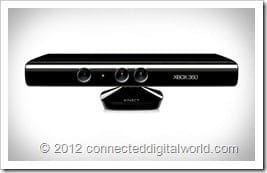 This is what Microsoft said:

The momentum continues for Kinect for Windows. I am pleased to announce that we will be launching Kinect for Windows in nineteen more countries in the coming months. We will have availability in Hong Kong, South Korea, and Taiwan in late May. In June, Kinect for Windows will be available in Austria, Belgium, Brazil, Denmark, Finland, India, the Netherlands, Norway, Portugal, Russia, Saudi Arabia, Singapore, South Africa, Sweden, Switzerland and the United Arab Emirates.

We are also hard at work on our 1.5 release, which will be available at the end of May. Among the most exciting new capabilities is Kinect Studio, an application that will allow developers to record, playback and debug clips of users engaging with their applications. Also coming is what we call “seated” or “10-joint” skeletal tracking, which provides the capability to track the head, neck and arms of either a seated or standing user. What is extra exciting to me about this functionality is that it will work in both default and near mode!

Also included in our 1.5 release will be four new languages for speech recognition – French, Spanish, Italian, and Japanese. In addition, we will be releasing new language packs which enable speech recognition for the way a language is spoken in different regions: English/Great Britain, English/Ireland, English/Australia, English/New Zealand, English/Canada, French/France, French/Canada, Italian/Italy, Japanese/Japan, Spanish/Spain and Spanish/Mexico.

More information when we get it.

Andrew Edneyhttp://moviesgamesandtech.com
I am the owner and editor of this site. I have been interested in gadgets and tech since I was a little kid. I have also written a number of books on various tech subjects. I also blog for The Huffington Post and for FHM. And I am honoured to be a Microsoft MVP since January 2008 - again this year as an Xbox MVP.
Previous articleAmazon announce Kindle Touch and Kindle Touch 3G for the UK
Next articleNew beta for Recorded TV HD released