Once installed, just connect the mouse and launch the application. You can then make whatever changes you need. 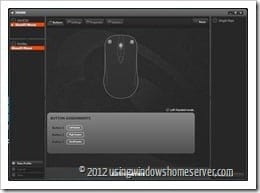 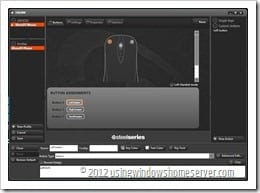 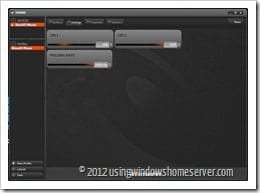 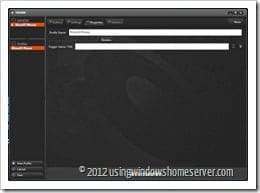 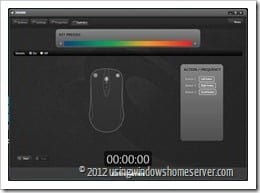 I’ve only recently got back into playing games on my PC, and the one thing I have realised, especially playing games like Call of Duty: Modern Warfare 3, is that you need to be able to react quickly, and that the mouse you use really makes a difference, You really can’t play those sorts of games with a standard wireless mouse, it’s just too slow!

That’s where a specialist gaming mouse comes in, and this mouse works like a charm.

I found that the mouse moved effortlessly across my desk, helped in no small part by the gaming grade UPE teflon that covers around 16% of the bottom of the mouse.

One thing I would say though, and this might put off some serious gamers, is that there are only two buttons and scroll wheel. My Microsoft wireless mouse I had been using for MW3 has 4 buttons and a scroll wheel which meant I could assign additional functions which really can make all the difference when playing.

That being said, my gaming experience was much better using the Kinzu, so I was very happy!

Another point to note is that the mouse is a little smaller than other mice I have used. That’s is fine for me, but if you have very large hands then this might make using it slightly harder.

The SteelSeries Engine software made it very easy to assign functions to the buttons (although I didn’t need it for MW3).

The mouse works well with both Windows and Macs.

If you want a good quality gaming mouse then you should take a look at this one, as long as you are not put off by either the size or the lack of additional buttons.

Cost wise, the Kinzu retails for around £44.95, but you can get it cheaper if you look around.

Andrew Edneyhttp://moviesgamesandtech.com
I am the owner and editor of this site. I have been interested in gadgets and tech since I was a little kid. I have also written a number of books on various tech subjects. I also blog for The Huffington Post and for FHM. And I am honoured to be a Microsoft MVP since January 2008 - again this year as an Xbox MVP.
Previous articleA Closer Look at the Star Wars Kinect Xbox 360 Game
Next articleNew Updates to YouTube for Google TV